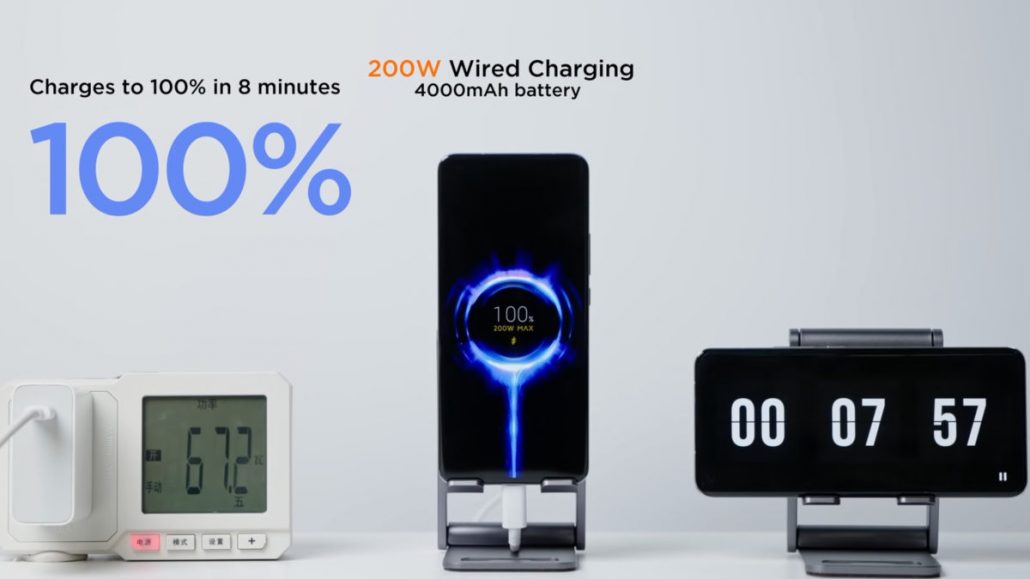 It has only been a while since Xiaomi announced their 200-watt fast charging called HyperCharge. While the technology itself is interestingly amazing, we talked about some concerns over the battery degradation in our original post. Of course, when you are charging a battery at such fast charging speeds, some consequences will occur, and one of the most common ones aside from your obvious heat-ups is battery degradation.

Back when Xiaomi announced this charging tech, there was not a word on how fast it would degrade the battery, but now it seems that we have some information, and things are not looking good.

The 200W HyperCharge Xiaomi Announced is Not Really Good for Your Phone's Battery, and We Are Not Surprised

Xiaomi decided to host a Q&A on their Weibo account today, and one of the most common questions was about the impact of 200-watt charging on battery health. Apparently, 800 charging and discharging cycles at 200-watt will result in the battery degrading to "above 80%" of its original year.

For those wondering, 800 charging cycles are around 2 years, which means that if my Galaxy S21 Ultra with its 5,000 mAh battery is put on a charge with 200-watt for two years on and off, the battery will be around 4,000 mAh after the time has passed. It might not seem like a big drop, but this is concerning for those who do not change their phone ever so often.

Despite Xiaomi claiming that the Chinese regulatory standard for battery degradation is that 60% capacity should be left after 400 cycles, I am still concerned about my phone. Especially when you consider that modern smartphones are essentially powerhouses with their octa-core chips, fast refresh rate screens, and 5G. They need beefier batteries to get through the day easily, and if our batteries are degrading at such fast speeds, what even is the point of having such a fast charging speed.

For now, we can only hope that other smartphone manufacturers do not go crazy with such hyper-fast charging speeds because then we will be left with amazing smartphones with terrible battery endurance.