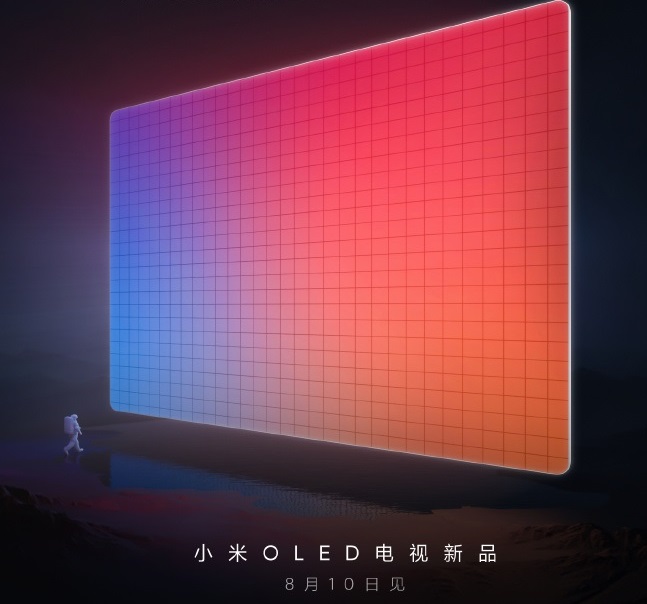 Xiaomi will be unveiled its brand-new OLED TV solutions featuring the NVIDIA G-SYNC technology tomorrow. The company has posted teasers of the upcoming announcement over at Weibo from its official account as discovered by Hardware.Info.

The Xiaomi Mi OLED TVs will offer a major upgrade over the existing OLED panels which launched a whole year back. Coming in various shapes and sizes, the Mi OLED TVs will feature NVIDIA's G-SYNC technology which means they will be certified as NVIDIA BFGD (Big Format Gaming ) products. The company is marketing the Mi OLED TVs as a 'Professional Gaming Monitor' that surpasses the design and quality of standard TVs.

There's definitely a lot that's not mentioned in terms of specifications such as refresh rate, high-dynamic-range certification, & resolution but those would be unveiled during the announcement itself. Another thing to note is that we don't know if the Xiamoi Mi OLED TV lineup is indeed fitted with NVIDIA G-SYNC modules or if they are certified as G-SYNC Compatible displays, the latter will imply that these are Freesync monitors though if that was the case, we would have seen something on the marketing teasers.

Being NVIDIA BFG displays though, they should have a 75+ Hz refresh rate which is part of the TV certification. Other features of BFGD TVs include HDR, a Wide-color Gamut (DCI-P3), ULMB for ultra-fast response times, and most likely, HDMI 2.1 (ALLM, eARC, VRR) standard, considering that it's an essential feature for next-gen consoles and gaming setups to make full use of the modern hardware. With that said, we should hear more tomorrow and as for pricing, expect them to be in the premium category since they are G-SYNC compliant.