Xiaomi To Tap In To PC Gaming Market With Mechanical Keyboards

We all have a really positive impression of what rising Chinese smartphone maker Xiaomi is capable of doing. While the company’s forte lies in releasing aesthetically appealing and performance-induced smartphones such as its 5.7 inch Mi Note Pro, Xiaomi has also expanded its portfolio by selling power banks, power strips, and Smart TVs at killer price tags. Now, it appears that the company has set its eyes on another market; PC peripherals and with that, the firm plans on targeting this market with mechanical keyboards.

As all PC gamers are very well versed with, once you purchase a mechanical keyboard, it becomes very difficult to acclimatize yourself when you plan on downgrading to the regular membrane keyboards. Now that Xiaomi is going to target the PC peripheral gaming market with mechanical keyboards, several consumers might finally become the proud owner of a cost effective, yet high quality gaming peripheral. 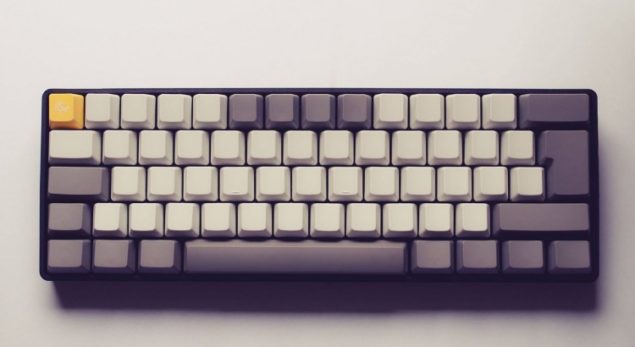 In order for the company’s plan to come to fruition, Xiaomi will most likely be partnering up with German PC gaming peripheral manufacturer and distributor Cherry, a company which incorporates its MX keys on mechanical keyboards. Currently, China’s PC gaming peripheral industry happens to be a very lucrative one, with a market valuation of $3.7 billion Yuan ($600 million USD). As surprising as this sounds (from all those that have had terrible experiences), Razer happens to have the most success in this particular market, which a market cap that has exceeded $1 billion USD.

Xiaomi’s business model of releasing high-end products with a very competitive price tag will most likely work in its favor, since there are several PC gaming consumers who are too burdened by financial constraints to shell out between $100-$150 USD on a mechanical keyboard or any other product. In the near future, Xiaomi plans on expanding its portfolio even further with the release of a gaming mouse and gaming headset. While the pricing details of the upcoming product have not been detailed, a source states that the gaming peripheral is going to feature a $24-$27 price range.

As for when the product will be made available for commercial use, Xiaomi has not disinterred any details. For now, good news looms over PC gamers who want to acquire a high-quality gaming product but could not do so thanks to their ridiculous price tags.