Xiaomi Rumored To Be Working On A Snapdragon 808 Smartphone

After announcing Mi Note Pro in China, a 5.7 inch smartphone running Snapdragon 810 v1.3, the third largest smartphone maker in the world Xiaomi has been rumored to be working on another smartphone that will running Snapdragon 808. It is only fitting that Xiaomi would be releasing a handset running a lesser performing chipset, seeing as how Snapdragon 810 is unable to maintain its processing power over a long period of time due to thermal throttling. Due to overheating issues of Qualcomm’s flagship mobile chipset, the company has had to roll out several revisions of the SoC, with the latest one running in Mi Note Pro. However, even that was not sufficient enough to keep Snapdragon 810’s temperature in check, which has obviously forced Xiaomi to follow in the same footsteps as LG and its flagship smartphone, G4. 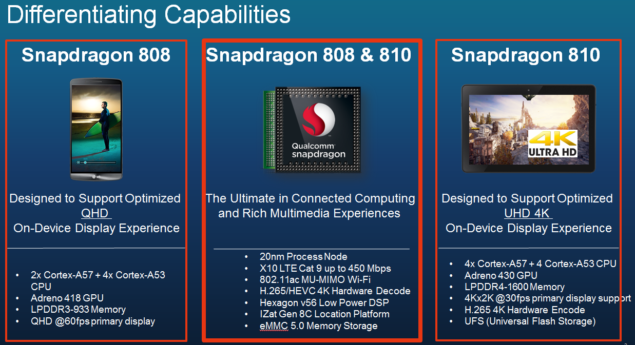 Snapdragon 808 Expected To Be Present In Upcoming Handset; Rumored Price Tag To Be Between $208-$241

According to MyDrivers, a Chinese analyst possessing the Twitter name @panjiutang had sent out a tweet from his weibo account stating that a handset bearing the Xiaomi brand name would be released in the near future with a hexa-core processor. While we haven’t acquired a degree in ‘Sherlock’s detective’s skills’, we are still sharp enough to deduce that the only high-end chipset running a hexa-core processor is none other than Snapdragon 808. The source states that the price tag of the smartphone will be stamped in the range 1,299 and 1,499 yuan (which is equivalent to $208-$241 USD)

While this is just a rumor, the possibility of Xiaomi rolling out a smartphone running a Snapdragon 808 SoC is very high, seeing as how Snapdragon 810 produces disastrous results when thermal scores are taken in to account. Furthermore, with the release of Snapdragon 808, Xiaomi will be able to bridge the gap created between Mi Note Pro and the lesser performing smartphones, such as the regular Mi Note (running Snapdragon 801) while targeting the price/performance smartphone market segment. 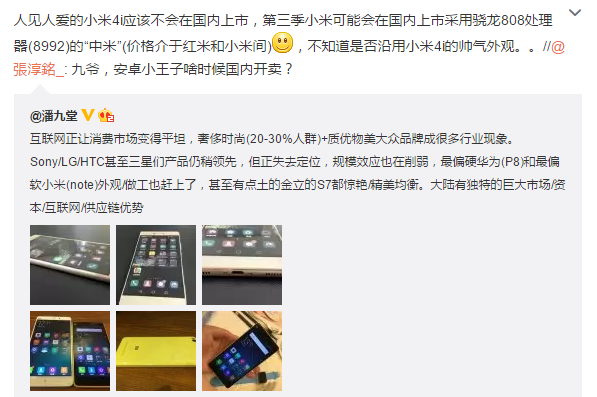 The company’s popularity has grown over the years thanks to its aggressive price tags and if the aforementioned price tag happens to be true, then Xiaomi will be giving the likes of G4, a run for its money. Let us hope that Xiaomi has some good news to share with us in the near future.