Xiaomi's been increasing its relevance in the smartphone world day by day. After the launch of its Mi4 last year, the Chinese smartphone manufacturer seems to be doing several things right when it comes to the combination of design and performance specifications on a smartphone. Just a while back, it also launched the Mi Note Pro that came with Qualcomm's Snapdragon 810 on board and signaled towards deep ties between the two. Well, some new information about the Xiaomi Redmi has surfaced today, and it'll also be coming with an Octa Core processor. 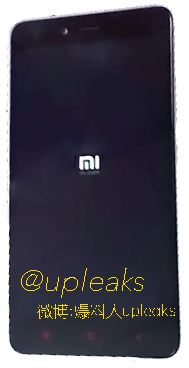 Famous leaker @upleaks is back today, and this time he has some information about another Xiaomi device, the Xiaomi Redmi. According to upleaks, Xiaomi will be looking to stick with good performance and reasonable display resolution this time around too with the Redmi. Today's information suggests that the Redmi will be coming with an octa core MediaTek SoC, the MediaTek 6795, or the Helio X10, manufactured on the 28nm process. This will be complemented with 2GB of RAM on board and will be coming either with Android 5.0 or 5.1.

The Redmi will also be coming with a 13 MP rear camera, that should prove sufficient to cater to all of your photographic needs as well. This will be supplemented by a 5 MP front camera. The rear camera for the device will be manufactured by none other than Samsung. The Redmi will also be coming with dual-SIM capability on board. Screen resolution for the device will be Full High Definition, though upleaks hasn't provided any information on the device's screen size. It'll also be metallic, given the increasing trend in the smartphone world. We've seen Xiaomi's alleged product roadmap for 2015 leak too which suggests two Redmi Note devices with displays measuring 5.5 inches. Some interesting speculation indeed. Let us know what you think in the comments section.