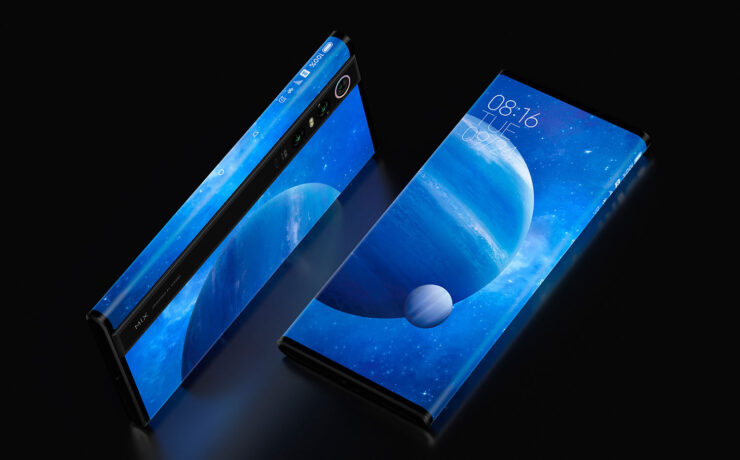 In September this year, Xiaomi wowed the audience with its Mi MIX Alpha, a futuristic device sporting a ‘wrap-around’ display that gave the flagship a phenomenal screen-to-body ratio of more than 180 percent. Xiaomi had earlier said that the phone will be released in December, but with January 2020 having started, it looks like the Mi MIX Alpha release date uncertainty is still present. It seems like the manufacturer isn’t planning to release the phone anytime soon.

Xiaomi Could Be Running Into Production Issues With the Mi MIX Alpha, Given Its Unique Display

Xiaomi has apparently told a Chinese outlet that the release date of the Mi MIX Alpha hasn’t been finalized yet. It did state that the launch date will be shared as soon as possible, but for now, it seems like we wouldn’t be seeing the handset in the near future. If you look even the slightest gander at the phone, it’s not hard to speculate why it has been delayed.

As mentioned before, it has a wrap-around display, with just a little strip at the back to house the camera sensors. This is the first time we’ve ever seen a phone like this, so it’s not difficult to imagine that Xiaomi could be experiencing production problems at its end. At the same time, it doesn’t have traditional keys, but pressure-sensitive buttons instead. Other specifications include a 4050mAh battery inside, which is a generous size, but it might drain pretty quickly because of the screen real estate. Thus, it could be that the vendor is rethinking some of the decisions or has probably run into a problem.

It’s worth mentioning that the Mi MIX Alpha did make an appearance on the company’s online store and Alibaba’s Tmall this month but it couldn’t be purchased. While we are on the topic of purchase, we would like to remind you that it carries a price tag of around $2800. Most likely due to difficulties in making such a device, Xiaomi stated that it will be made in limited quantities, but it could be too late for that.

Sure, the flagship features a 108MP primary sensor and support for 5G connectivity, but the older Snapdragon 855 Plus chipset powering the handset might discourage customers that want the best hardware available for Android smartphones. As it so happens, Snapdragon 865-fueled flagships are just around the corner, so we would be interested in seeing if there would be any takers at this price tag.