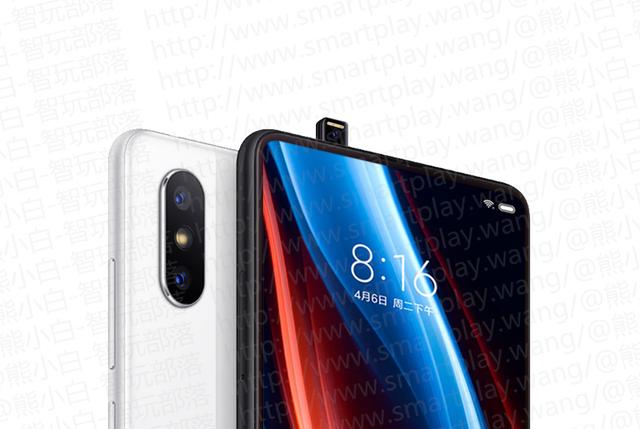 Xiaomi made a rather strange move earlier this year when it chose to launch the Xiaomi Mi Mix 2s. It's strange because the company had already launched the Mix 2 only in September - a mere 5 to 6 months prior to the Mix 2s.

The Mix 2s features upgraded hardware that includes Qualcomm's Snapdragon 845 and also a dual camera sensor. Now, some very odd speculation suggests that Xiaomi will once again upgrade the Mi Mix lineup this year. Head over below for the details.

Leaked, Alleged Renders For The Xiaomi Mi Mix 3 Suggest That The Company Is Feeling The Heat From Chinese Competitors

Right now the big trend for at least Chinese OEMs is a pop-up front selfie camera. Manufacturers are in a rush to reduce bezels and this urgency has led to a rather interesting little innovation. Pop-up cameras for both the front and rear lenses are becoming common, with both Oppo and Vivo utilizing the technology for the devices.

This seems to have upped the heat for Xiaomi. The company's CEO isn't shy about talking about Steve Jobs' influence on him, and this influence has also resulted in a drive to consistently stay ahead of the competition. Naturally, this led to the Mix 2s earlier this year and might now lead to the device's successor.

Further adding interest is the fact that Xiaomi's had a patent for a pop-up camera setup since 2015. Now, we've got some more renders of the Xiaomi Mi Mix 3, that allegedly depict the real deal and display the device with an impressive screen-to-body ratio, hinting that Xiaomi might introduce a pop-up setup in the device.

Naturally, if Xiaomi does decide to go the pop-up camera way with the Mi Mix 3, it'll have to give up the device's stand-out design feature. The Xiaomi Mi Mix lineup features the front camera at the bottom of its front facade; an element that's found in few devices these days.

But of course, if one has to grow, then it requires a sacrifice. For Xiaomi, maybe the days of a bottom front camera for the Mi Mix lineup are over. The pop-up setup will only be limited to the front camera, as the alleged renders show the Mix 3 with a vertical rear camera setup.

Of course, if Lei Jun really wants to follow Apple's way then he needs to fight hard against the urge to adopt new features, regardless of what users comment on his Weibo. But this will be hard for Xiaomi as it simply does not have Apple's brand value.

Finally, since we're only seeing the first batch of leaks for the Xioami Mi Mix 3, take these images with copious amounts of salt. If Xiaomi intends to launch a pop-up setup with the Mix 3, then it should have either entered the final design stages with the Mix 3 or we'll see a delayed launch when compared to last year. Thoughts? Let us know what you think in the comments section below and stay tuned. We'll keep you updated on the latest.