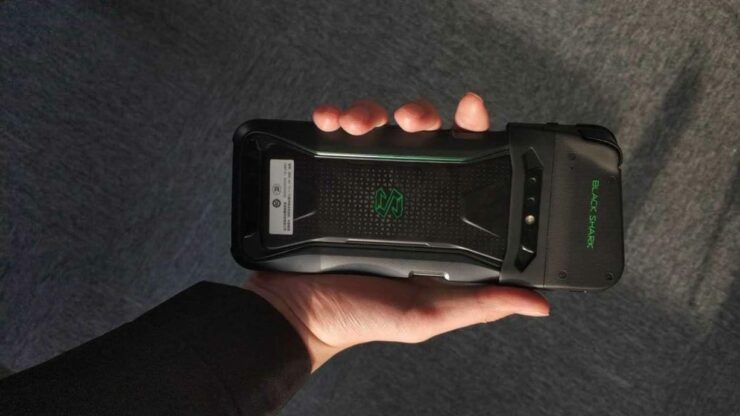 A handful of smartphones feature on the rumor mill these days. All of these are expected with top-end hardware, which includes Qualcomm's Snapdragon 845. 8GB RAM and adequate internal storage. One of these, the Xiaomi Blackshark, is set to launch tomorrow. The device will be the second of its kind, following the footsteps of Razer's Razer Phone launched last year. The Blackshark will update hardware and other specifications over Razer's device. Now, we've got a video leak for the smartphone. Take a look below for the details.

Xiaomi's Blackshark is due tomorrow. It's an interesting approach from the company, which has generally limited itself to average and everyday consumers so far. In fact, Apple's influence on Xiaomi is clear, with both companies having a penchant for unique approaches and an acceptance of the importance of aesthetics on their gadgets.

Therefore, the Blackshark deviates from Xiaomi's usual lineup of smartphones. The device will cater to mobile gamers, who do not make up for a vast majority of smartphone users. A couple of days back we were able to get our hands on a live image for the smartphone. It displayed the device with a gamepad. This made the complete package resemble a GPU and depart from any traditional smartphone sensitivities.

Today's video leak shows the device without this pad, giving us a good look at its overall form. The Blackshark appears quite sleek, as its overall build emphasizes on an approach present in all of today's gaming laptops. The video also offers us a look at the device's retail box, which is visible in the background. The Xiaomi Blackshark will feature Qualcomm's Snapdragon 845, 8GB RAM and hopefully, adequate internal storage.

Antutu leaks expect stellar performance from the smartphone, with scores around 270,000 expected for the Blackshark. Xiaomi's got a lot of catching up to do with it, as the Razer Phone already features several interesting features of its own. The Chinese company will not solely rely on the Snapdragon 845, as we expect a complete package that also consists of the relevant software features; with the hope that rear camera keeps up with other gadgets with Qualcomm's Snapdragon 845.