Xiaomi has finally gone ahead and launched the Xiaomi 12T series, with the Pro model being the main highlight with a 200-megapixel camera, and yes, the company has also launched the standard variant.

The Xiaomi 12T and 12T Pro are the second flagship phones from the company that come without Mi branding. Both models do bring substantial upgrades over the previous generation phones, and the upgrades are made across the board.

Both phones share the same specifications, except the Pro model comes with a 200-megapixel camera that will become commonplace in future phones as well. The standard Xiaomi 12T is no slouch either, as it ships with a 108-megapixel shooter. For videos, the Pro variant can go as high as 8K recording with HDR10+. Both phones also get an 8-megapixel ultra-wide camera and a 2-megapixel macro camera with a 20-megapixel shooter resting on the front.

The Xiaomi 12T and 12 Pro both back 5,000 mAh battery, and you also get 120W charging support with a power brick bundled with the phone. 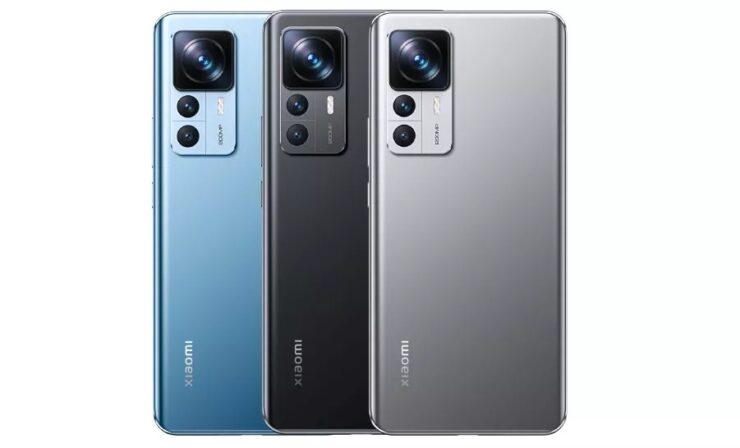 The Xiaomi 12T Pro offers the Snapdragon 8+ Gen 1 chipset with up to 12 gigs of RAM and up to 256 gigs of storage. According to Xiaomi, the phone comes with a vapor chamber and thermal material coverage that are 65% larger and 12% higher when compared to the predecessor.

The Xiaomi 12T, on the other hand, comes with MediaTek Dimensity 8100-Ultra coupled with 8GB RAM and 256GB of internal storage, and both phones will run with MIUI 13 on top of it.

Thankfully, both the Xiaomi 12T and 12T Pro come with the same AMOLED displays that measure at 6.67-inches diagonally with a 120Hz refresh rate. The display comes with  2712 x 1220 pixels and also has adaptive refresh rates to help with battery conservation. You also get an in-display fingerprint sensor on both phones.

The Xiaomi 12T and 12T Pro will ship in black, silver, and blue color options. However, Xiaomi has not shared the prices at the time of writing.