We have only seen a handful of AMD AIB partners announce Radeon R9 Fury cards so far. None of which featured liquid cooling, until now. XFX has just teased an upcoming Radeon graphics card on twitter, something that looks a lot like a Radeon R9 Fury X but actually isn't. We've just reported that AMD is prepping a dual GPU "Fury X2" 17 teraflop monster of a graphics card just in time for the holidays. But it seems AMD isn't the only company looking to shake things up with new Radeon graphics card launches. 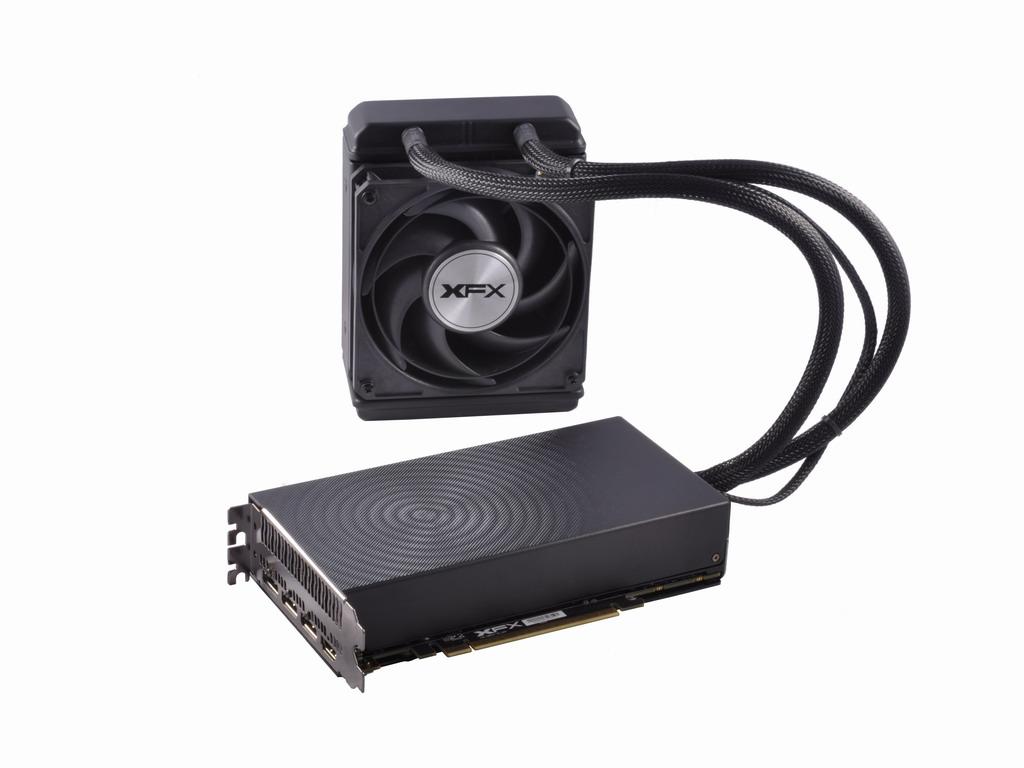 Thankfully a thorough examination and a keen eye for detail isn't going to be necessary to quickly figure out that this is indeed a water cooled R9 Fury rather than a Fury X. Because as it happens we can just take a look at the leaked photo of the box which clearly states "R9 Fury". Where as the box for XFX's R9 Fury X clearly states "R9 Fury X".