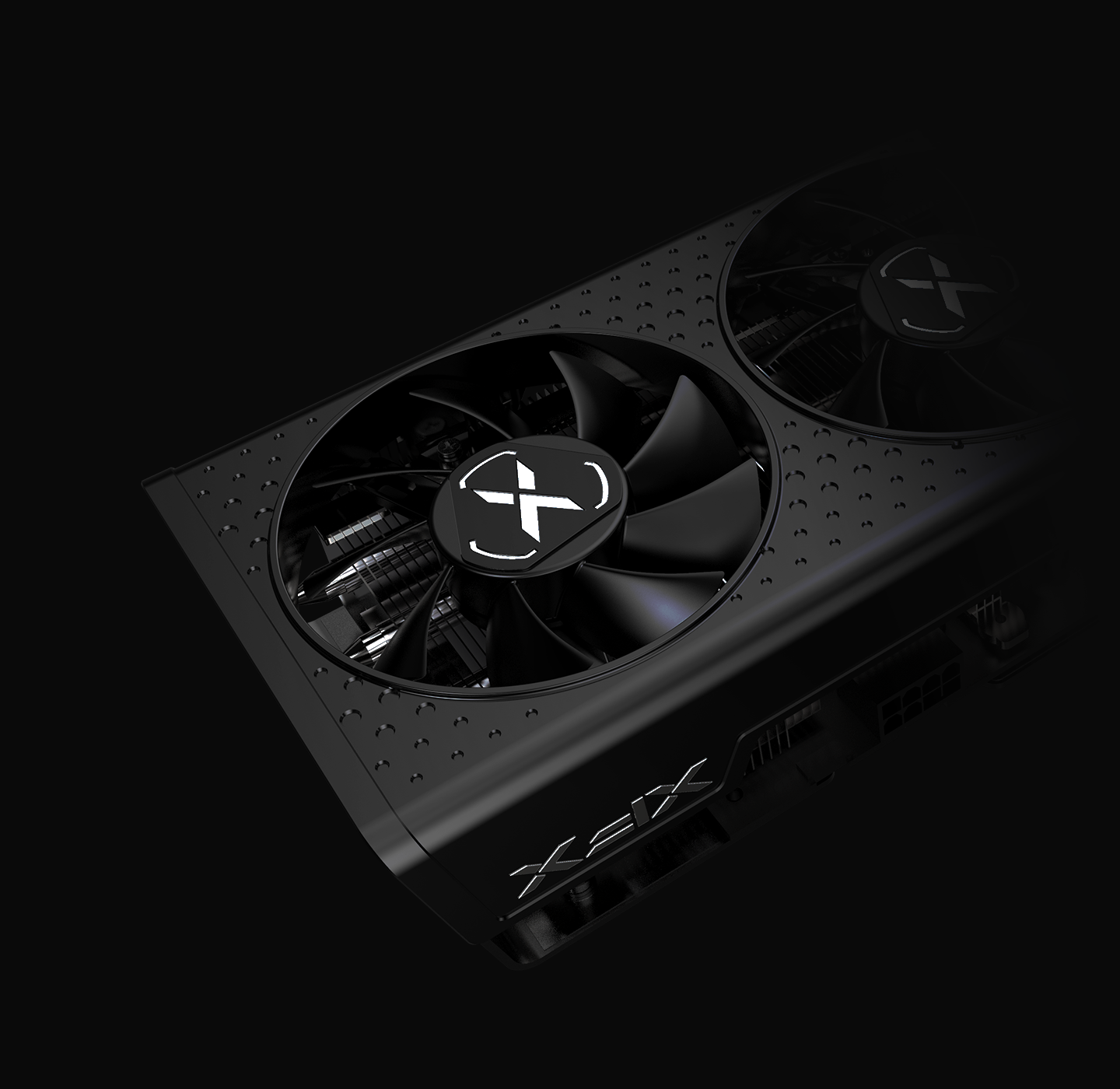 XFX has released three AMD Radeon RX 6600 XT series GPUs on their website. The new graphics cards will showcase 128-bit bus, 8GBs of GDDR6 memory, and 2048 Stream Processors. It will offer the new L3 cache, aptly named Infinity Cache, with a total of 32MB, which is close to three times smaller than the Navi 22 GPU models. The three XFX RX 6600 XT models are the MERC308, the QICK308, and the SWFT210.

First, the XFX RX 6600 XT Speedster MERC308 Black is their top of the line GPU in this series, offering a completely custom three fans to allow for expediting cooling throughout the card. It houses four piece copper heat pipes plated in nickel which is attached to the aluminum heatsink. The card offers fully covered cooling solution in the fact that the heatsink sits near the VRM sections and the cards base sits slightly above the memory and GPU. The logo has LED illumination with a dual-BIOS switch. XFX has not released much in the way of specifications when it comes to speed, so we will have to wait until the day of launch to see more details released.

Secondly, the XFX RX 6600 XT Speedster QICK308 Black is identical to the MERC308 Black with the exception of the dual-BIOS missing and the entire casing is fully decked out in black.

Finally, the XFX RX 6600 XT Speedster SWFT210 Core also showcases the two fan model, but will be the first RDNA2 card utilizing that from XFX. It is expected to be faster than the other two models mentioned, but only has a requisite of a single 8-pin connection for power and dual slots. XFX states that it is not fashioned with the dual-BIOS switch.

There is not a lot of information that has been released for these three new graphics processor units by XFX, but as we creep closer to the August 11th release date for the three cards, it is quite possible that they will release some information slightly early, or release a press release the day of launch.

XFX, is a California based company that is committed to the global PC gaming community. With state-of-the-art production facilities in mainland China, XFX is one of the world leaders in designing, manufacturing, and marketing award-winning, high-performance AMD Radeon gaming PC graphics cards, power supply units, and gaming accessories for the PC gaming hardware enthusiast. XFX has established sales, product marketing, and technical support centers in North America, Europe, and Asia. For more information, follow @XFXglobal.