In April this year, AMD revealed their reference Radeon HD 7990 graphics card codenamed Malta. Since launch, we have seen none of the manufacturer's preparing a custom board and design for the Radeon HD 7990 however that's about to end since manufacturer XFX has introduced their latest Radeon HD 7990 Triple Dissipation GPU in mainland China. 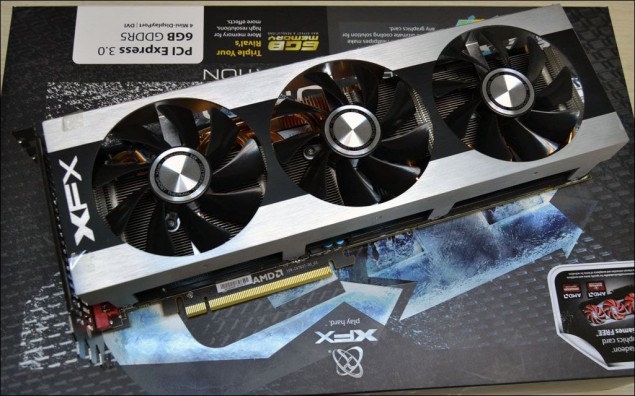 Inpai reports that unlike the power gushing TUL made custom solutions, the XFX Radeon HD 7990 improves upon the reference HD 7990 'Malta' design introduced a few months back. The GPU is quite large and the cooler cover the entire length of the PCB. The Radeon HD 7990 Triple Dissipation uses dual Tahiti XT cores clocked at 950 MHz and boost upto 1.0 GHz. The GPU is comprised of 4096 stream processors and a 6 GB GDDR5 (3 GB x 2) memory running along a 384-bit x 2 interface at a clock speed of 6000 MHz or 6 GHz effective frequency.

The site doesn't mentions the power phase or VRM layout but does reveal that the PCB is custom made and offers a great overclocking experience to users. Only two 8-Pin connectors representing a max TDP of 375W are required to power the Radeon HD 7990 Triple Dissipation.

As for the cooling design, the XFX Radeon HD 7990 Triple Dissipation comes with (you might have guessed it) the Triple Dissipation cooler from XFX. XFX used the double dissipation cooler on its high-end Radeon HD 7000 series cards which feature a dual-fan cooling design. With Triple Dissipation, XFX is going to take three fans and equip them on top of AMD's flagship Radeon GPU. Inside the shroud lies two large aluminum fin blocks equipped with multiple dense heatpipes. The heat is blown of by three 8mm fans, there's an additional heatshrink lying on top of the voltage controllers. The GPU is equipped with a back plate to provide cooling to the back of the PCB and also helps hiding the components which aren't a good sight to many. Display connectors include 4 Display ports and a single DVI port. 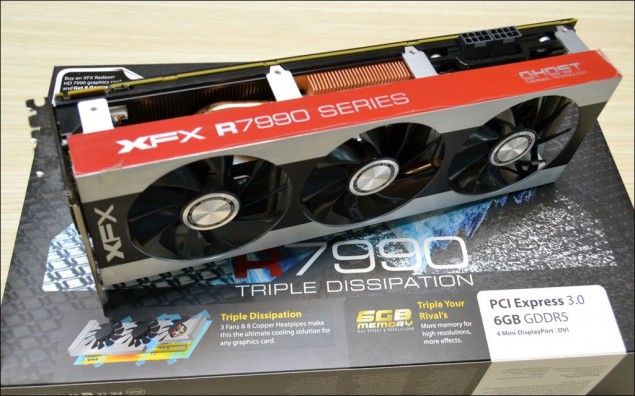 No words on the pricing or release date have been mentioned but it looks like the card would be released specifically for the Chinese market. We think the price would be close to the $699 price range for which the Radeon HD 7990 has officially been retailing at for a while. 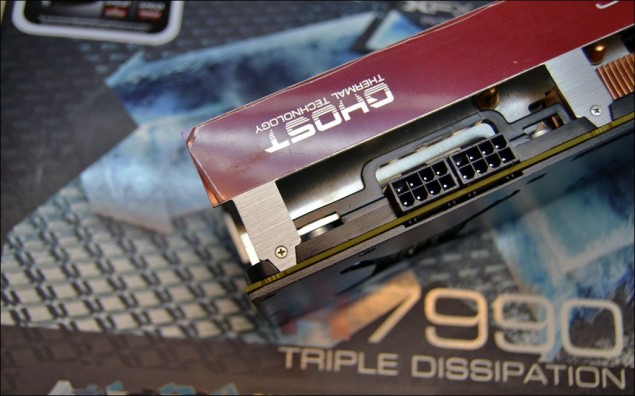 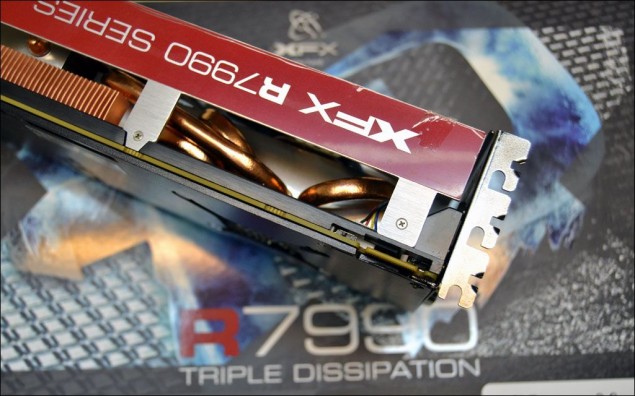 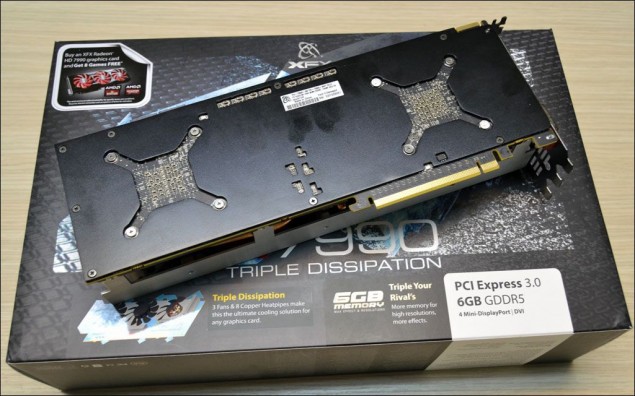 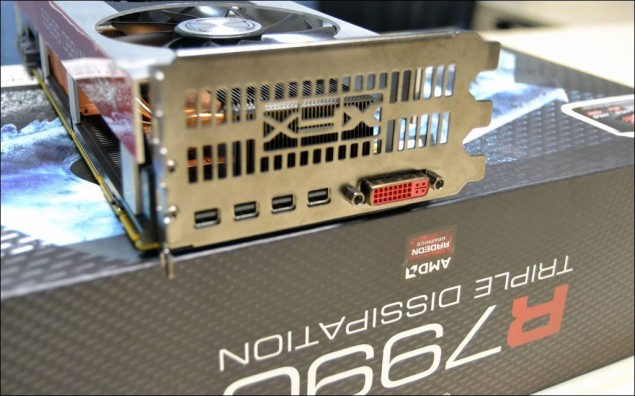