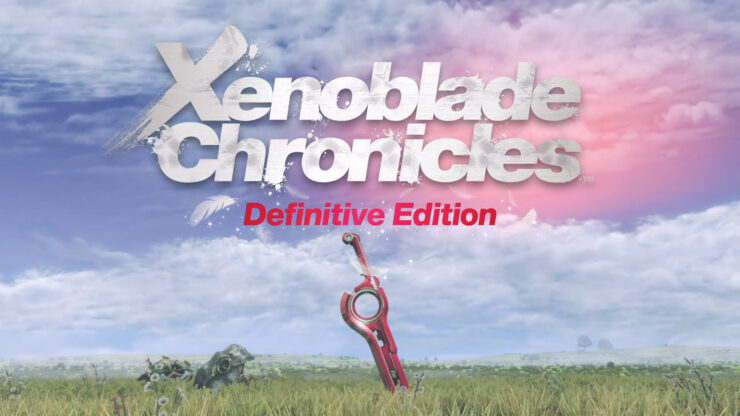 When Xenoblade Chronicles launched on the Wii, it was an astounding technical achievement. By utilizing the hardware to its fullest, Monolith Software managed to cram a massive open-world JRPG onto the aging console, with an open world even bigger and more impressive than what many competitors had managed to achieve on HD consoles. The fact that Xenoblade Chronicles looked at bit rough around the edges, with fairly low-poly geometry, was undeniable but occluded thanks to the Wii's already low resolution. But play the game on a classic CRT, it's a wonder. Now we are finally seeing what I'd always dreamt of: the exact same game, but given the horsepower of an HD-capable console to make it shine. And in many ways, Xenoblade Chronicles: Definitive Edition fulfills that exact purpose.

This is another lengthy JRPG for Switch owners to enjoy, and in every respect, it is a modern classic, crafted by legendary JRPG writer and director Tetsuya Takahashi, who is known for his work on genre-defining masterpieces such as Final Fantasy V and Chrono Trigger, in addition to the entire Xenogears series. JRPG fans look for two key things in their games: combat and story, so it's a good thing that Xenoblade Chronicles deliver on both, thanks to the veteran staff at Monolith Software.

The story follows Shulk as he wields a legendary blade, the Monado, the only weapon capable of the mechanical hostile force that threatens the future of his species. In many ways, Xenoblade Chronicles relies on the tried and true JRPG tropes of revenge and penance, but the strong characterization and engaging combat carries you through the lengthy experience. But by far the strongest character of Xenoblade Chronicles has to be the world you traverse, the Bionis. 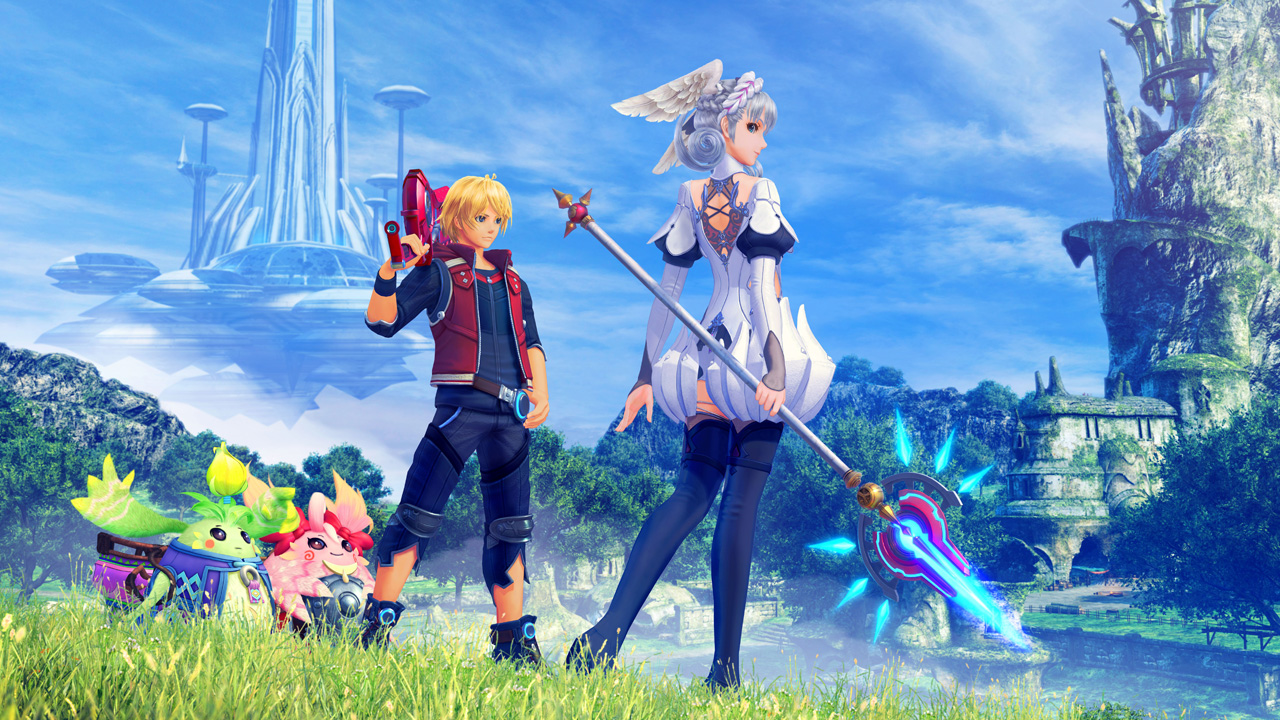 The Bionis is an ancient dead giant, killed in battle against another giant, the Mechonis. You literally live on the Bionis, starting at Colony 9, near the giant's foot, and heading towards the head through tunnels, and across sweeping fields and valleys. At any point you can glance up at the skybox, and see the rest of the Bionis above you, and the Mechonis looming in the distance. It gives you a real sense of place in the world and somehow makes this absurd setting entirely believable. And make no mistake, these are massive. The music in this game is purposefully made to be several minutes long, and that's because were it any shorter you would likely end up hearing it repeat several times before you get anywhere.

And that brings me onto the new additions in Xenoblade Chronicles: Definitive Edition. The game has, mostly, been given a visual overhaul, with much more detailed textures in the world, and the character models have been completely transformed with a brand new art style, making them much more expressive and unique than before. You can glance at any screenshot of this game and see obvious improvements, but not everything is perfect. The environments are still distinctly low-poly and look at NPCs too closely and you'll notice they don't have individually modeled fingers like the main cast do. Sure, you can tell that this was once a Wii game if you look too closely, but in many ways, it looks and plays as good as any game made a decade later. The new soundtrack, however, has been re-recorded and remastered and sounds incredible, making it even more impactful than that of the original. 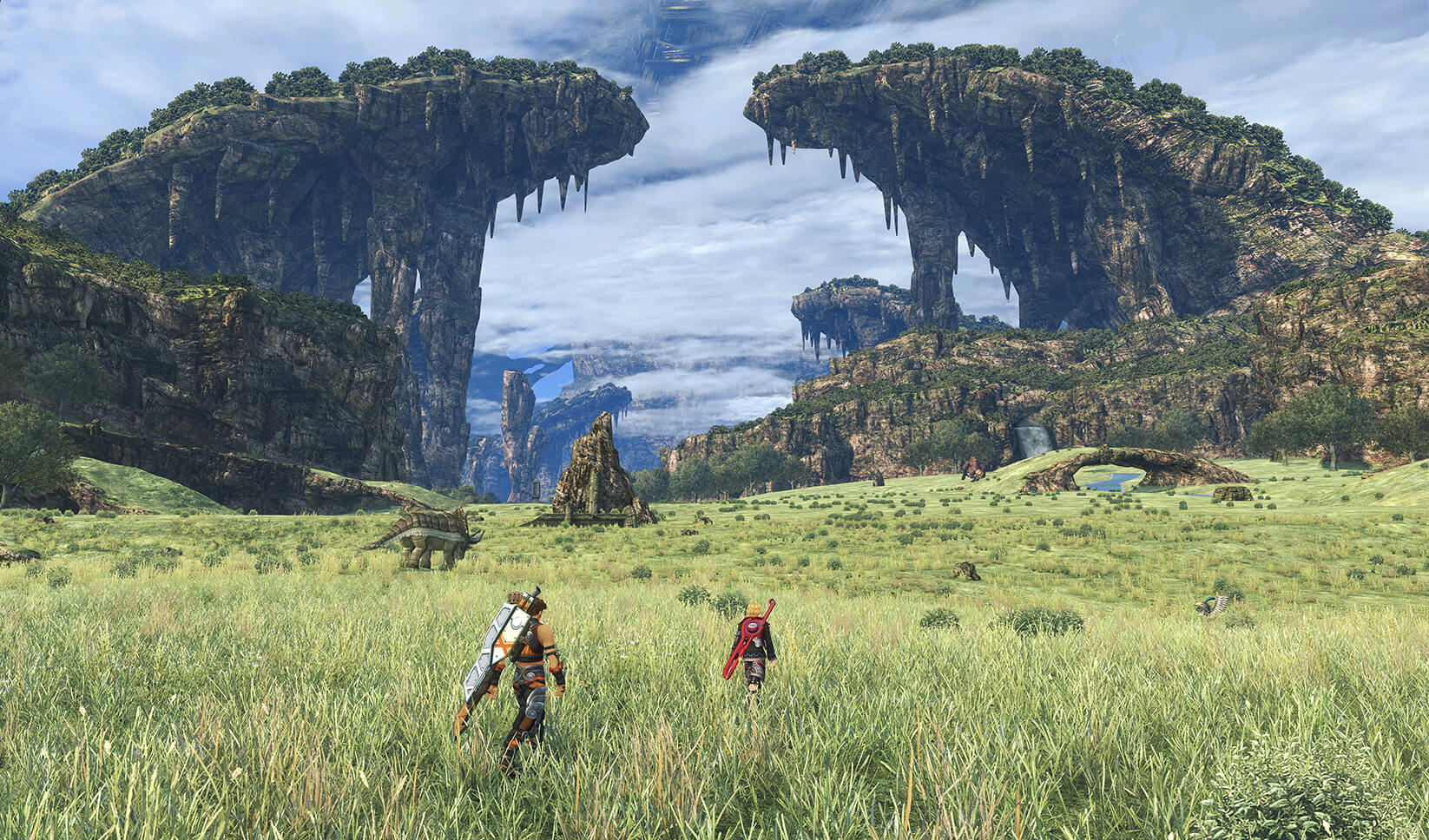 And for fans of the series Xenoblade Chronicles: Definitive Edition comes with a brand new story, Future Connected, which literally connects the story told here more closely to the story of the sequel, Xenoblade Chronicles 2. This gives fans that have already experienced the original more to play with and it's just the biggest new addition to a game that has had plenty of upgrades, both major and minor. The menus look better, the maps are more detailed, it's easier to track quests, and there are so many tiny quality of life changes that it starts becoming difficult to tell whether something is new, or whether it had always been there.

Future Connected follows Melia and Shulk some time after the conclusion of the main game, where they're visiting Alcamoth. After some trouble in the air, they crash their ship and emerge on the Bionis' Shoulder, a brand new area. You'll start Future Connected at level 60, and you'll quickly be joined by Heropon Riki's two Nopon children, who are becoming fearsome Heropon in their own right. For the most part, Future Connected plays out the same way that the main game does, with huge areas to explore, items to collect, enemies to battle, and more.

Xenoblade Chronicles: Definitive Edition is out on May 29th for the Nintendo Switch. Look forward to our full review around that time.