Unlike previous games in the series, Firaxis Games’ XCOM 2, which serves as a sequel to 2012's reboot of the series, XCOM: Enemy Unknown, and will take place 20 years after the events of its predecessor, following the war that humanity lost against the alien forces, will have procedurally generated maps. That means the in-game environments of XCOM 2 such as alien-built megacities, small towns, back country and wilderness will change with time and players will get to explore different settings every time. Here are some brand new screenshots showing some of  the “small towns” settings of the game. 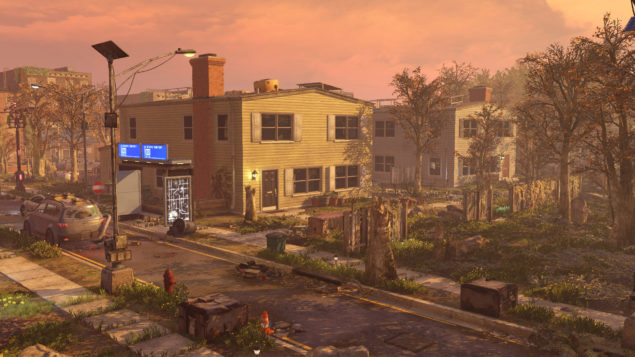 XCOM 2 is all about strategy and well-timed force, and as vast and monumental its environments, which serve as the battlefields in humanity’s war against the invading aliens forces, are, they play a very significant role, both in telling the story and in planning your moves. Firaxis has shared some new screenshots showing off the game’s “small towns”; areas that spread around the cities taken over by ADVENT, an in-game organization that collaborates with aliens. Small town settings are areas inhabited by those who have not "bought into the promise" of ADVENT City Centers, Firaxis said in new blog post.

These suburban areas offer “combination of residential neighborhoods and commercial businesses.” The developer further states that, "Small Town settings are suburban settlements just outside of the sprawling Advent City Centers and are best described as havens for folks looking to live like they did before the arrival of the aliens. XCOM's goal is to protect these people by going after Advent here." The areas are filled with propaganda billboards and ADVENT soldiers are appointed to patrol the streets and keep order. “These Small Towns also offer XCOM a stark reminder of what we’re all fighting for: our home,” Firaxis wrote.

XCOM 2 is set to be released on February 6, 2016 for Windows PC, Mac and Linux. Keep checking back for more info and