Attack of the Earthlings

The turn-based strategy sub-genre has seen a big resurgence over the past six years. From classic titles like Jagged Alliance, Advance Wars and, of course, X-COM. There's a lot of history to look towards. The genre just seemed to go quiet and drop into a lull. This was ended, with the genre invigorated thanks to releases like XCOM, XCOM 2 and Shadow Tactics. Attack of the Earthlings looks to add to the genre, but with a twist.

The tale of human survival against invading enemies has been told a large number of times in the past. XCOM has done this with great aplomb while bringing back a long-loved franchise. What isn't covered in anywhere near as much detail is a races survival against invading humans. While games like Gears of War highlight the utter monsters humanity are, it still puts you in the place of the humans. We land on other planets and strip it of anything it has of value.

Attack of the Earthlings looks to show a similar story, but at the very beginning. A horrible Human corporation has landed a giant space drill on your planet and is looking to bleed it dry of anything with value. You never asked for this, you just want to live your life in peace. But, of course, it's your home so you're going to have to defend it.

As a turn-based tactics game, much like the aforementioned XCOM, you're limited in the number of units per level in Attack of the Earthlings. The way the game balances this is through a resource called biomass. Biomass is gained by consuming dead enemies and allies. It can then be spent by your primary unit, the matriarch. Using this biomass lets the matriarch spawn grunts, which can then be evolved using more biomass into other unique units. It's an interesting system that does allow you to adapt to challenges on the fly. That is, provided you have enough biomass to create or upgrade a grunt.

In reality, you'll never really find yourself struggling with this. The difficulty is only ramped up with very particular bosses and special opponents. Other than a select few, you'll only have issues if you choose to go out of your way and cause the issues. For example, deciding you had to kill every enemy on a map, even though one is securely stationed next to a turret. The only difficulty in normal play is when you set tasks for yourself. Not an ideal situation as it really restricts any replay value.

Aside from upgrading your units in battle with biomass, there are also permanent upgrades made in between each level. At the end of a stage, you are rewarded with mutagen to unlock further upgrades. This isn't as freeform as you may imagine, with the game preferring you to unlock certain things in order.

What also restricts the replay value is the fact that the game has only seven levels. Not including the tutorial. Each of the seven levels represents a further floor on what is the giant offworld office and resource drill. From the very base of the drill to the office of Galactoil's CEO. As the levels progress you will unlock further units that help you combat an expanding roster of enemies. The best part isn't so much the enemies you face, but the scenes you face them in. This is Alien or The Thing but pushed right into comedy. Interrupting a birthday party while a passive, peaceful and heartbroken turret cries at the loss of its friends is likely the funniest thing I've seen this year.

One thing that you need to be aware of Attack of the Earthlings is a few technical flaws and bugs. The first is support for ultrawide resolutions. While playing the game before launch I could never get past the end splash of the first mission. I must have replayed my save and the whole mission hours. I contacted the devs, reinstalled the game upon their advice. No joy. Once it had actually been released I saw others had the same issue and it's an issue with the display on wider resolutions, even though when selecting resolutions the game purports to support it. According to other users, 4K and UHD are also affected in the same way.

The second is a little less problematic, but the game has a tendency to bug out here and there. I've had my queen get stuck at parts. Other times it would be view cones indicating that you can't be seen through an object, only to be seen, attacked and killed. Fortunately, none of these ended up being game breaking thanks to game auto-saving quite frequently.

Outside of the resolution issue, there's little to complain about the aesthetic qualities of Attack of the Earthlings. The game is suitably colourful and cartoon-like, very fitting for the comedic nature it puts across. There isn't a huge variety of models to be found within the game, most of your human prey being pretty interchangeable. Your own Aliens are fairly distinct and decent enough to look at. The interface itself could do with a bit of work, as explained above.

Much like the visuals, audio is on the same level. The game has a decent soundtrack, fitting of the mood it puts across. As well as this, the audio effects are equally fitting. Regular workers will scream with terror when they first see an alien. There's a lovely, visceral, noise as you kill and then devour an enemy. The voice acting, for what there is, is also brilliant. It's just a shame that only a very limited part of the script is voice acted.

Is Attack of the Earthlings good? Sure it is. This isn't without a few caveats though. It really does have a great sense of humour and it continues throughout the game. Though it should be said that the game is fairly short and drastically hampered by the fact that there is nothing dynamic. The levels never change, the way to beat the levels remain the same and the comedy can grow tired.

All things considered, Attack of the Earthlings is a good, fun and funny game. While it's fairly short and has very limited replay value, the time you spend with it is genuinely fun. More than that, it's funny where most games will feel forced or simply re-use aspects to their death. Though it may not surpass other similar titles like Xenonauts, this is an altogether good experience and one that's well worth playing if you're a fan of the genre.

Copy provided by publisher. You can purchase the game on Fanatical. 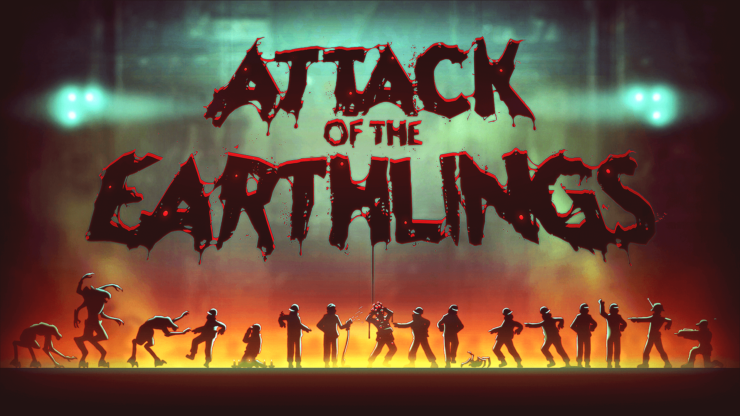 7
Wccftech Rating
Attack of the Earthlings

All things considered, Attack of the Earthlings is a good, fun and funny game. While it's fairly short and has very limited replay value, the time you spend with it is genuinely fun. More than that, it's funny where most games will feel forced or simply re-use aspects to their death. Though it may not surpass other similar titles like Xenonauts, this is an altogether good experience and one that's well worth playing if you're a fan of the genre.