The head of the Xbox division Phil Spencer often answers questions from the Xbox community on Twitter, revealing some interesting tidbits in the process. A few hours ago, he answered plenty of new questions, also revealing insight on what he feels is the right thing to do in the gaming industry, upcoming Xbox One titles and more. 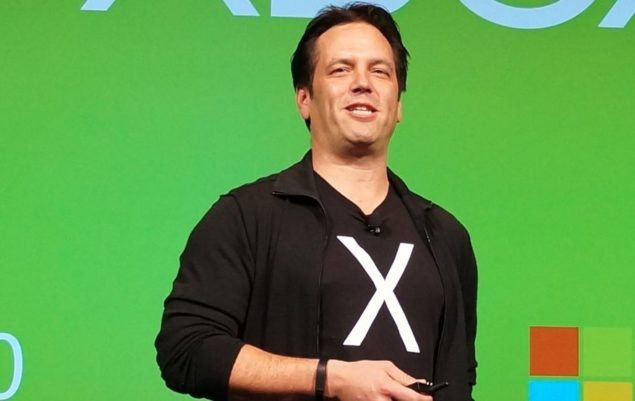 Phil Spencer recently replied to a Twitter user who praised gaming industry personalities who respond back, saying that most execs just want the industry to go, but staying connected to customers is just the right thing to do. Mr. Spencer has been definitely doing a great job in this regard, often answering questions like mentioned above.

@_tonezone_ @yosp @GameOverGreggy Most execs just want industry to grow, staying connected to customers is just the right thing to do.

Mr. Spencer also found the time to talk about some of the more anticipated Xbox One titles launching this year. To a fan looking forward to Remedy's Quantum Break, Phil Spencer said that he played a full playthrough of the game this week, praising the team for their great story telling.

@Steverulez QB is really coming along. Played a full play through this week. @remedygames are just really great story tellers.

Gears of War 4 is yet another highly anticipated Xbox One game that players will be able to try out before release thanks to a multiplayer beta. Phil Spencer revealed that he has played plenty of the game's campaign and multiplayer, but has spent more time on the multiplayer modes.

@Joseph0714 Yes, played MP and campaign, more MP so far. @GearsViking likes to hold back his game and surprise.

The Xbox One head has also talked about the Xbox One Backward Compatibility feature in the past few hours. According to Phil Spencer there they have a couple more games doing the final run through on and that he wanted to reveal this month's title once they had the full list. The reveal will apparently not take much longer.

@HiddenStryder Have a couple more games doing the final run through on, wanted to wait until we had the full list, not too much longer.

Finally, Phil Spencer has  talked about the upcoming E3 2016.  Apparently they have plenty of surprises coming but he's going to stay quiet on what they will show in a few months as he likes the surprise factor.

@tgh9920 E3 chatter already...I'm going to stay quiet on what we are showing when. I like the surprise factor.