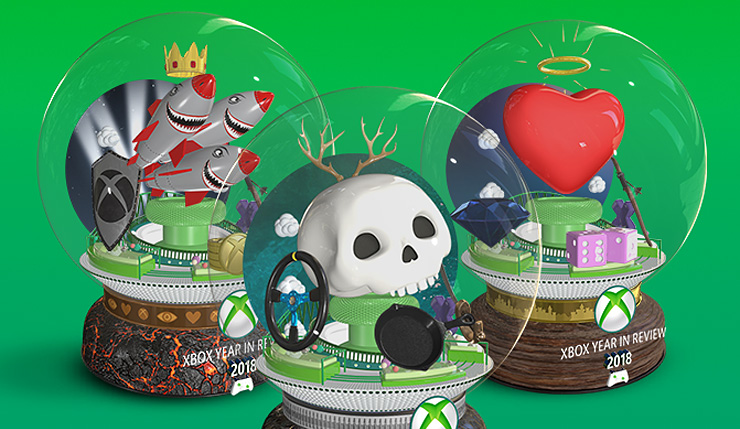 As you may have heard, Sony recently launched My PS4 Life, a website that lets players make videos featuring some of their personal gameplay stats. Well, you needn’t feel left out Xbox One owners, as the 2018 Xbox Year in Review is here to satisfy all your gaming stat needs. The review only covers data up to the end of October, but it’s still an interesting snapshot.

Just head on over to the Xbox Year in Review website and sign in with your Microsoft account. The site will tell you how you stack up to other Xbox owners when it comes to Gamerscore, hours played, and achievements earned. There are also details on how Xbox players performed collectively – for instance, Xbox Live subscribers amassed a whopping 3 billion achievements in 2018. Not bad!

In addition to the stats, the site assigns you a “mood” based on what games you’ve played. So, if you’ve been playing a lot of Shadow of the Tomb Raider, you might get “Throwing caution to the wind in action-adventure games." Or if you’re into Call of Duty, you might get “Fighting for something greater than yourself in shooter games.” Kind of a neat idea.

Also a neat idea are the Xbox Year in Review snow globes. Rather than getting a personalized video, your stats will unlock various trinkets, which combine to form a virtual snow globe you can then share on social media. Here’s what Major Nelson’s looks like…

It's time to get your 2018 Xbox Year In Review* Sign in here for you personalized stats https://t.co/swnjdGwr2Z

I have to say, as a major stats nerd, I love this kind of stuff. I’d really like to see Sony, Microsoft, and Nintendo take the next step and let people keep track of these types of details directly from their consoles. Don’t make us wait until the end of the year for the statistical goodness!