Yesterday during the big AMD CES 2020 keynote, Xbox fans thought they caught a glimpse of something they perhaps weren’t supposed to see, when a rotating image of the Xbox Series X seemed to show the back of the system, revealing two USB-C ports and both an HDMI in and out. Unfortunately, AMD later admitted the Xbox Series X imagery used during the press conference was not actually sourced from or authorized by Microsoft and any ports shown were, at best, a guess. Whoops!

Well, now we may have the real information from Brad Sams of Thurrott, who has proven to be a very reliable source of next-gen Xbox news in the past. It doesn’t sound like Sams has actually seen the back of the Xbox Series X himself, but he was able to confirm with several sources what ports the Xbox Series X currently has, and their general layout. He provided this mock up of the back of the system… 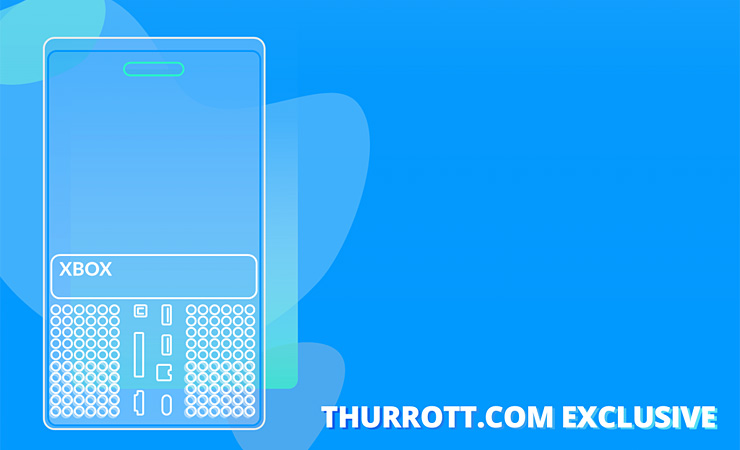 As you can see, the back of the system only has a single HDMI port, indicating the ability to route your cable box or other consoles through your Xbox will no longer be a feature. There are two USB ports, but, unfortunately, they’re USB-A rather than the newer, faster USB-C variety. There’s also ethernet and optical audio ports, and a power connection. Interestingly, there’s also a mystery slot of some kind – we don’t know what that is as of right now, but Sams speculates it’s specifically for developers and may be used for debugging somehow. Final note, there are some additional air intakes on the back, so, contrary to the fake images seen at the AMD presser, the Xbox Series X won’t be a smooth monolith on all sides.

So, assuming this new info is legit, what are thoughts on Xbox Series X’s port situation? Only having one HDMI socket is kind of a bummer and only using USB-A is questionable, but, of course, things might change between now and the launch of the system.