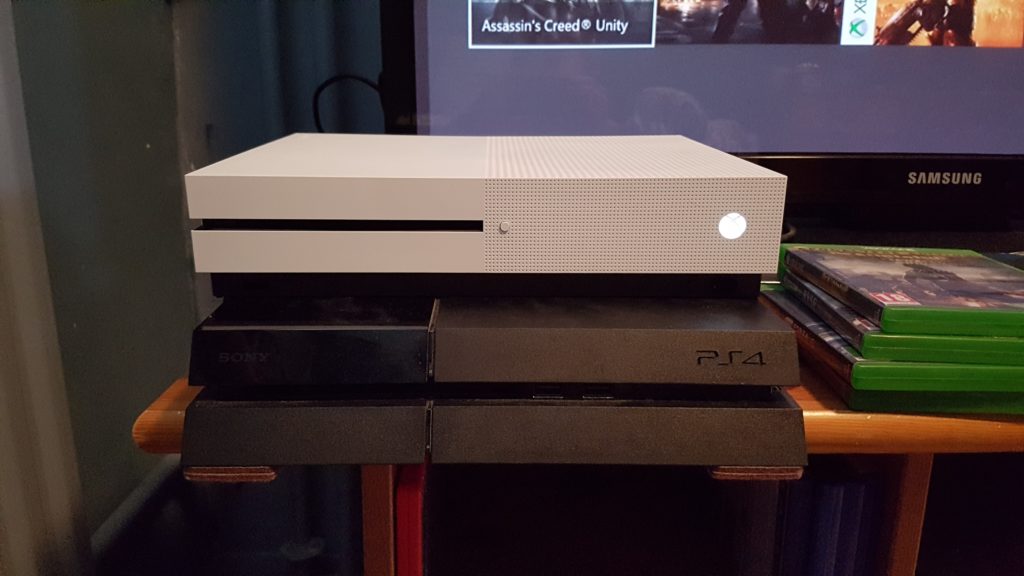 Xbox One S, “the most advanced Xbox ever,” is out, and that means unboxing videos and comparisons with the standard Xbox One console have started to pour in. The souped-up new console clutches more power in a slender box, one that even beats the praised PlayStation 4 in size and sleekness with its compact form factor. The latest system even outshines its parent console with better performance numbers when put next to in a speed test.

Shortly after Microsoft took the wraps off the slimmer, slightly more powerful version of its eighth generation home console, a bunch of images popped up on the internet showing how ugly the Xbox One S makes the standard Xbox One look when both are placed next to each other. What we haven’t seen so far is the new console sitting next to Sony’s lauded PlayStation 4 console. IntheGame, who are based in Netherlands, did just that after getting their hands on their Xbox One S unit before the scheduled date.

When put side-by-side, Xbox One S proves to be considerably lean. The PlayStation 4 is noticeably larger than the latest Xbox both in height and width. The site didn’t discuss the measurements in numbers, but only in plain comparison. You can see the images below before heading on to see how the console performs when tested side-by-side in terms of speeds.

The site also put Xbox One S next to the standard Xbox One console. As you can see from the numbers shared below, the latest console does bring with it slightly faster game booting and rebooting speeds. Of course this is just a small speed test, we will know more about the performance improvements that Xbox One S has to offer when detailed analysis start to come out.

Booting Rise of the Tomb Raider from disk: