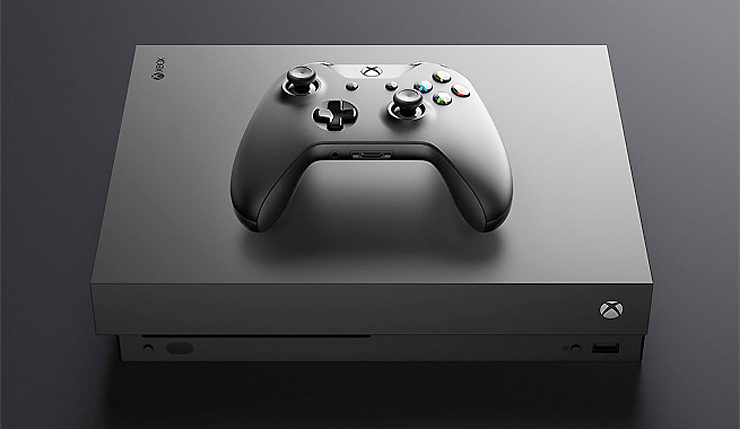 Been considering picking up an Xbox One X? Having some early-adopter remorse about buying a PlayStation 4 Pro before Microsoft’s more powerful system hit the market? Well, GameStop has a sweet trade-in deal just for you.

For a limited time, you can get up to $300 of store credit towards an Xbox One X when you trade in your PS4 Pro. That means the usually $500 Xbox One X will only set you back $200 – less than a standard Xbox One S – not bad! But what if you don’t have a PS4 Pro kicking around? Don’t worry! You can still get $250 off an X if you trade in a regular PS4, Nintendo Switch, or Xbox One S, and $200 off if you trade in an original Xbox One.

Don’t sleep on this deal too long, as it’s only available until August 28. Also, sorry, for now this offer is only available in the United States. Here’s the fine print:

Offer valid until August 28, 2018. Valid toward purchase of any New Xbox One X console. Not valid toward cash trades. Trades must be in full working condition to receive full value. Defective items may be eligible for trade at a lesser value. Trades subject to manager approval. Cannot be combined with any other offer. See store associate for details. No dealers. Offer valid in the United States and Guam only.

As the most powerful console on the market, Xbox One X offers a variety of exclusive features, including full 4K resolution and graphical effects usually reserved for high-end PCs. Here’s the complete Xbox One X Enhanced games list.

So, anybody planning to take advantage of this deal and pick up a cheap Xbox One X? Or are you happy with your PS4 Pro? Let the calm, rational discussion commence [backs slowly away from the comments section].