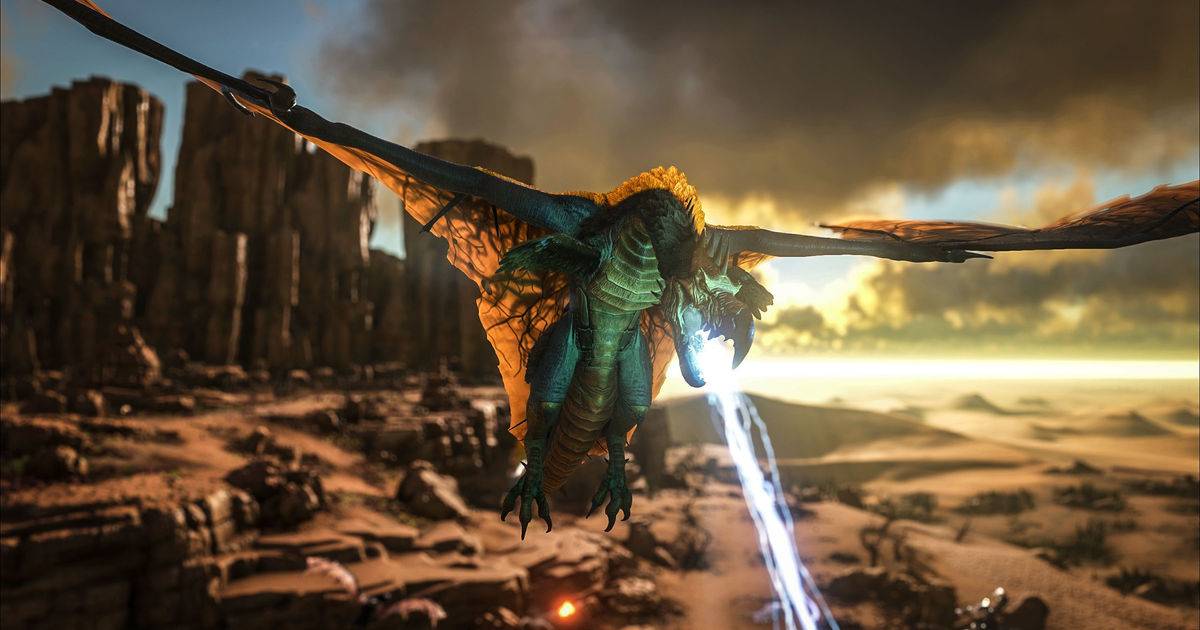 ARK Survival Evolved on the Xbox One X will support HDR and two visual modes, including the ‘Detailed Graphics’ mode and the ‘1080p’ mode.

Releasing on October 25th, the Xbox patch will allow the ARK to take advantage of the Xbox One X’s more powerful hardware by improving loading times and better streaming. In addition, two new graphical modes will be offered, one being the Detailed Graphics Mode which renders ARK in 1440p resolution and the Truesky high quality PC setting at 30 frames per second.

The second visual mode is the 1080p mode which renders the game in 1080p resolution with improved 60fps.

In addition, the additional power inside the Xbox One X also allowed Studio Wildcard to remove the host tether in local splitscreen mode. “The Xbox One X has increased RAM, 60-70% more RAM compared to the Xbox One, which will help to eliminate out of memory issues”, the developer writes on its website. “It also means faster loading times and better streaming due to a faster hard-drive and the ability to cache data into RAM (coming November 7th) that will allow faster and better access to repeat files. The Xbox One X will eliminate the host tether in local splitscreen mode and will increase the tether range in non-dedicated mode. Unfortunately we were unable to remove the tether completely due to CPU limitations, but we hope that players will benefit from the increased range.”

ARK: Survival Evolved is available now for Xbox One, PC, and PlayStation 4.