After ripping the PlayStation 4 apart and getting familiar with the hardware composition of the system, here comes the Xbox One teardown. Xbox One teardown shows that the console is build more like a PC from the inside, with every component being separately placed at a fixed location in the metal case. The console build up is a bit different than that of PlayStation 4. 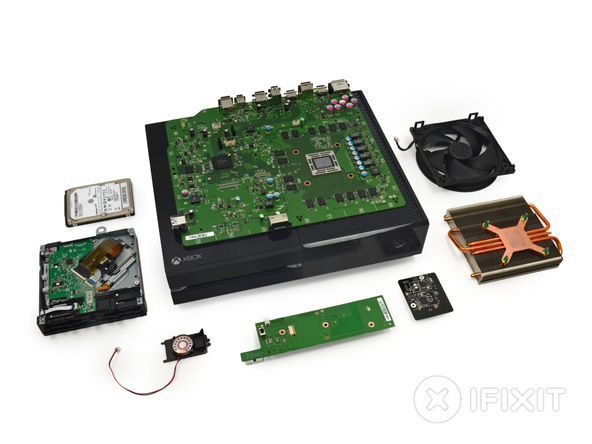 Xbox One is a huge box apparently made with keeping a very little concept of style in mind; On the other hand we have PlayStation 4, a fairly slim and sleek and rather a styled console. Both the consoles pack some powerful hardware and to have a look at the inside components of the Xbox One, iFixit have taken the console piece by piece just like PlayStation4. 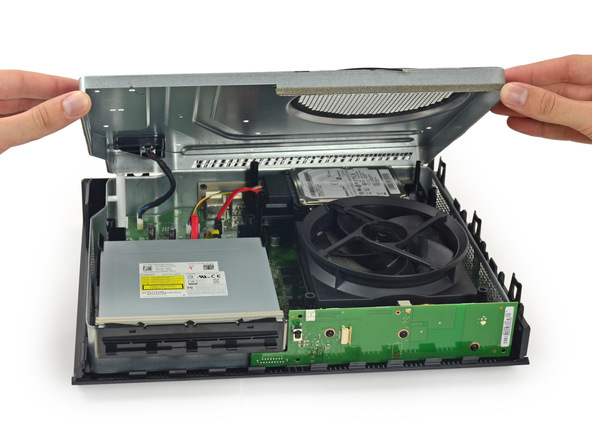 Heat control for any electrical device is necessary and some serious measures are required when it comes to gaming hardware, Microsoft has build the Xbox One to stay as cool as possible, thanks to a huge cooling fan installed on the system. The first component of Xbox to catch the eye when the metal lid is taken off is a huge cooling fan, similar to a custom CPU heat sink fan for PC. According to iFixit teardown specialists, the heat sink combined with cooling fan is 112 millimeters in diameter, where as Sony’s PlayStation 4 cooling fan is 85 millimeters. Xbox One cooling fan can also be easily separated from the heat sink, making it easy to clean and replace. 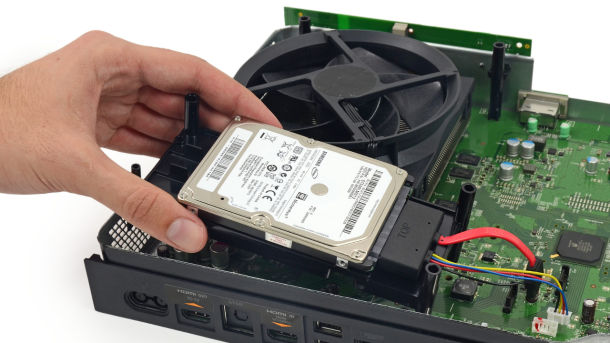 Another important component of the Xbox One console is the 500GB hard drive that was said to be not upgradable, fair enough. The hard drive is a standard 2.5 inch 500GB SATA II with 8mb cache spinning at 5400Rpm and processing data at 3.0GB/s. Now you can install a new 2.5 inch SATA II easily once you have opened up your Xbox One but there is no guarantee a new, unformatted drive would be recognized by Xbox One. Secondly if you would void the warranty of the console if you try to replace the hard drive, it is that simple.