PlatinumGames and Microsoft have revealed the first gameplay footage of Xbox One exclusive, Scalebound. The gameplay footage was part of a live demonstration during Xbox One Gamescom briefing, and featured some impressive visuals with your dragon ally looking rather sharp.

Scalebound is an action RPG with visceral action and.... DRAGONS

Scalebound is an action RPG, which puts players in the role of Drew who alongside his noble dragon Thuban must defeat the enemies that threaten the world of Draconis. The game will also include a 4-player co-op mode in which players must fight against legions of enemy soldiers and monstrous enemies of epic proportions.

Scalebound features an accessible but deep combat system allowing chain attacks and devastating combos with your dragon companion. Players will also be able to change their dragon's appearance as well as to evolve unique abilities and attacks.

In Scalebound, the next great adventure from critically-acclaimed developer PlatinumGames and renowned Game Director Hideki Kamiya, you will experience the journey of a young loner, Drew, who is pulled into the strange, beautiful and dangerous world of Draconis. There Drew is bonded to a fearsome and noble dragon, Thuban, the last of his kind. These two, lone-wolf heroes thrown together by fate must learn to fight as one to defeat the powerful enemies that threaten Draconis, Earth and a vast universe of parallel worlds. 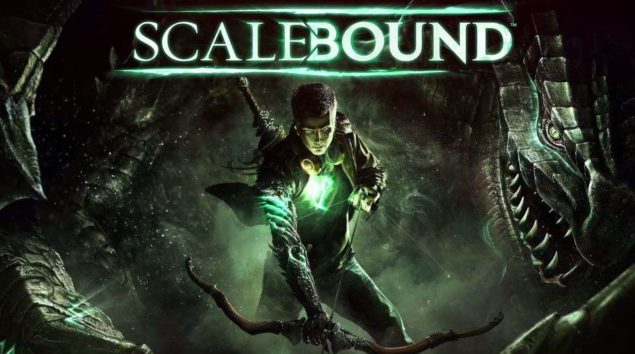 Scalebound will release exclusively for the Xbox One Holiday 2016. We will bring you any new information as soon as it becomes available.