Xbox One Reportedly Beats PlayStation 4 in Monthly U.S. Sales For the First Time – Thanks to Free Game Scheme

Ever since the launch of the latest video game consoles, the sales battle between the two most important consoles of the eighth generation of gaming has been fairly one-sided. Sony started this generation with the front foot and its PlayStation 4 console has effortlessly broken several sales records in major markets such as North America and the UK, leaving its counterpart way behind in the competition. But now, it looks like Microsoft’s constant struggle is gradually showing some good signs of advance, as reports claim that the Xbox One console notably outsold the PlayStation 4 in the US last month. 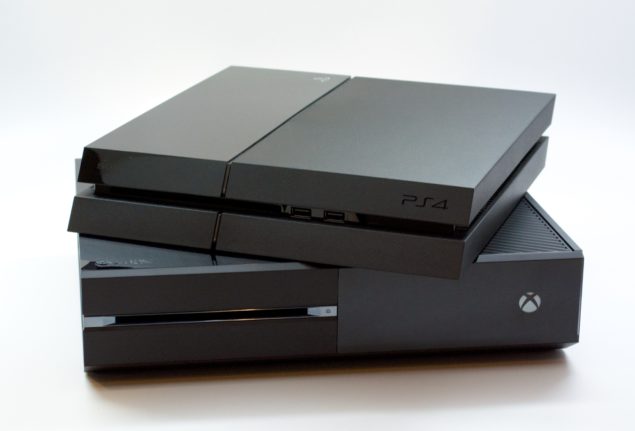 Thanks to Microsoft's Free Game Scheme; Xbox One Reportedly OutSold PlayStation 4 by 30% in the U.S Last Month For the First Time

Microsoft has worked very hard to match the sales of its latest Xbox One console with its biggest competitor in the video game industry, and even to turn it over, but it seems like Sony has some sort of a crank propeller that isn’t stopping from pushing the PlayStation 4 further ahead on the sales charts. However it is quite clear that Microsoft’s struggle isn’t for nothing, and if the estimation made by a well-known analyst are to be believed, this is probably the best thing that the Redmond company has ever heard regarding the sales of the Xbox One since its launch.

According to Wedbush Morgan analyst Micheal Pachter, the Xbox One sold better than the PlayStation 4 in September. VetureBeat reported that his estimation is that Microsoft shipped a total of 325,000 brand new Xbox One units to US retailers last month, while Sony only managed to ship 250,000 PlayStation 4 units. This is a notable change of course, and it apparently comes due to the launch of Bungie’s blockbuster sci-fi shooter called Destiny in September that helped both Xbox One as well as PlayStation 4 with sales. The boost in Xbox One sales is also apparently a direct result of Microsoft’s free game scheme that offered a free video game in the price of standard Xbox One bundle. Here is what Patcher had to say:

“We expect Xbox One sales to exceed those of the PS4 for only the second month since launch. From Sept. 7 through 13, Microsoft offered a free game with the purchase of a new Xbox One at participating retailers. I kind of think that free Destiny [for Xbox One] was better than [having to pay] for Destiny on PS4. That’s pretty compelling [in reference to the Madden NFL 15 bundle].”

These sales figures are just a prediction by Patcher for now and they can’t be accepted as accurate until The NDP Group, an industry-tracking firm, reveals its console sales data for the month of September. However, if the numbers do hold out, it would probably be all-thanks to Microsoft’s “Buy an Xbox One, Choose a Game for Free” campaign that ran last month and offered a free game worth $59.99 to players of their choice with a standard Xbox One bundle. Let’s wait for the official announcement and see where the Xbox One stands, until then, stay tuned as more updates will be provided as soon as they become available.