The Xbox One Backward Compatibility feature, which allows all Xbox One owners to enjoy select Xbox 360 games on their console, is one of the best features that has been added to the Xbox One console after launch. The feature is far from being perfect at the moment, with some games having a variety of performance issues, but things seem to have improved considerably recently thanks to a new Xbox 360 emulator update. 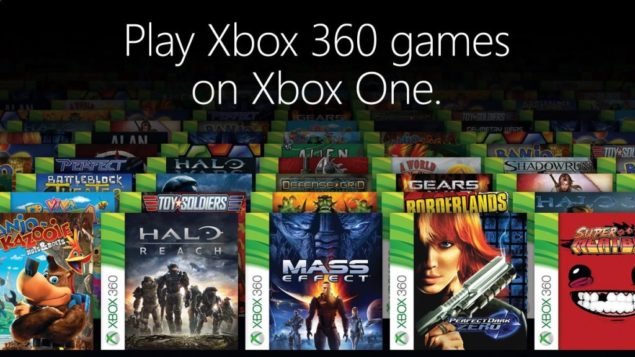 Several Xbox One users have reported on reddit that many Xbox 360 games playable through Backward Compatibility have received some noticeable improvements following the latest emulator update. User ryu489 reports that both Banjo-Kazooie: Nuts and Bolts and Fable 2 are much smoother in areas where performance used to take a hit. Things are not yet perfect, but it's a good step forward

Tested on Banjo Nuts and Bolts, Dirt Showdown, and Fable 2. Banjo and Fable are now MUCH smoother in the areas that bogged them down before. Getting around parts of Showdown Town in Banjo was almost unplayable before, but now runs much better. Same with Fable 2. It's still not perfect, and there is the odd hitch here and there that wasn't there before, but I'll take this over the old performance any day.

Among the games now compatible with the Xbox One Backward Compatibility feature that have the most issues is Halo Reach. Like for the already mentioned games, it seems like the game now runs better than before, with the campaign finally being playable. According to user Cobaltjedi117, anti-aliasing has been turned off as well.

The Xbox One Backward Compatibility feature is constantly getting updated with new titles. We should learn more about games becoming compatible in the future soon, and we will let you know everything about the matter as soon as possible.