To fuel the console war between PlayStation 4 and Xbox One, a trustworthy industry insider has made a statement claiming that Microsoft's Xbox One will follow PlayStation 4's lead throughout the current generation of gaming. Xbox One currently ranks below PlayStation 4 and the main cause for that is the console’s comparatively low specifications and its capability to run games at high resolution and frames per second. 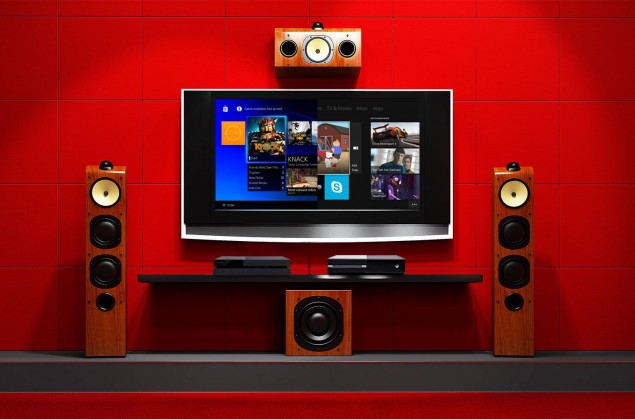 Microsoft and Sony are the two main companies that are competing with each other in the battle of next-gen gaming consoles. Both Xbox One and PlayStation 4 have their own technical capabilities and each one interact with the user in a separate way. Although Microsoft's latest gaming console is slightly less powerful, the manufacturer's  concentration while developing the console was apparently on making a system that can handle all living room tasks.

PlayStation 4 is leading the eighth-gen console charts since its release in November 2013. Xbox One currently ranks below Sony's latest console and according to an industry insider, the rankings will remain the same until the end of eighth generation of consoles. Ashan Rasheed is a reliable industry insider, he is also well-known on neoGAF and Twitter by his nick, Thuway.

Ahsan recently admired Microsoft's decision to reduce Xbox One reserved GPU from 10% to 2% but in the following Tweets he claimed that the Xbox One will end up staying behind the PlayStation 4 for the whole generation. Ashan said that he was told this by his unnamed sources, the Tweet he made is below.

"Xbox One will be behind all generation, and not buy some small trivial margin. It will be enough to show up distinctly in exclusives."

Ashan also mentioned that while Microsoft is planning to improve the Xbox One, Sony is also holding back a lot of PlayStation 4 capabilities and would introduce the new features and improvements in the console with time.

The PS4 has more left in the tank that will start showing up going forward. It was designed with more forward thinking hardware choices.

Rasheed also mentioned that the so-called "resolution gate" has helped the developers a lot as it has pushed Microsoft to provide more power to the developers by unlocking certain resources. This will not be enough for Xbox One to match PlayStation 4 in specifications but still the developers would enjoy more room while creating new software for Xbox One.

Microsoft was also asked by Infinity Ward to use the 8% reserved portion of Xbox One GPU but the manufacturer refused to do so, said Rahseed, who has been told this by a Call Of Duty: Ghosts coder. Ashan also received a funny message on neoGAF after he revealed the above mentioned details, following is the Tweet he made quoting the message.

Oh and from my inbox at GAF. Just now. "Don't you dare get people's hopes up. Xbox One will always be behind and the gap will widen."

Several reports suggest that most analysts think that Xbox One will not be able to win the eighth generation of gaming consoles but all of them are being counted as predictions. If Sony has not already given PlayStation 4 all that it has got, then Microsoft might have a hard time after Sony release upgrades for its latest console but Microsoft will also not keep itself from releasing new upgrades and changes for Xbox One.

For now, Ahsan’s claim can be counted as a Prediction (or a rumor) only but it cannot be neglected, Microsoft has already made certain mistakes that have damaged the Xbox one’s public admiration. Rasheed’s previous predictions have been found to be very close to the actual happenings. All we can do now is wait and see if the predictions regarding the PlayStation 4 and Xbox One will happen to be true. Next-gen has just begun and ranking Xbox One for whole generation just because of the console’s current situation is hasty act.