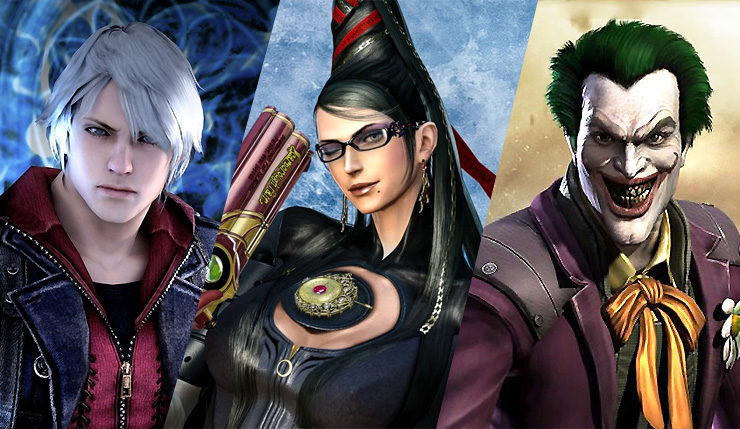 Have you been meaning to try out Microsoft’s Netflix-like Xbox Game Pass streaming service, but can’t quite bring yourself to pony up the $10 monthly fee? Well, good news, cheapskates! For the next two weeks, Microsoft is offering a month of Xbox Game Pass for only $1. Even better, for every $1 Game Pass subscription purchased or gifted, Microsoft will donate $10 to GameChangers, a charity which helps improve the lives of kids with life-threatening illnesses.

Over 100 Xbox One and Xbox 360 games are available through Game Pass (check out the full list here), and Microsoft will be adding 10 new games in January. These include Bayonetta, NBA Playgrounds, Injustice: Gods Among Us, Devil May Cry 4 SE, Fuzion Frenzy, Metal Gear Solid: Ground Zeroes, Deadlight: Director’s Cut, Zoo Tycoon, WRC 5: World Rally Championships, and Tecmo Bowl Throwback. Not a bad lineup! Check out the official Microsoft rundown of all the games, below:

January sees the addition of Devil May Cry 4: Special Edition, the final installment in Capcom’s exciting franchise. This is most decidedly not a button masher. If you’ve played any of the previous Devil May Cry games, then you know DmC requires a challenging mix of strategic defense and powerful attacks. Combat grand enemies, solve puzzles, and collect items as you seek to topple the Order of the Sword.

If you’re a fan of hack-n-slash games, January is twice as nice because Sega’s classic hit Bayonetta is joining the Xbox Game Pass catalog as well! Take on the role of Bayonetta, a shapeshifting witch with dual sidearms and hair that carries the ability to eat angels. Yes, angels. Bayonetta has awoken with no memory, but she sure can fight. Combat in Bayonetta is top notch, tasking you with using a combination of kicks, punches, and weapon strikes to take down foes large and small (and there are some very large enemies in this adventure). Put together the perfect combo and watch it unfold on your enemy’s face.

Toss it up and throw it down! NBA Playgrounds is joining Xbox Game Pass this January and we could not be more excited to jump into the fast-paced, high-flying action. Saber Interactive has created an incredibly fun and addictive arcade experience with Playgrounds, which includes all 30 NBA franchises (and the Supersonics!) and an incredibly deep (and dare we say nostalgic) stable of over 300 current and former NBA players.

Injustice: Gods Among Us

Superhero fans rejoice! January delivers one of the most engaging fighting games of the 360 generation in Warner Bros.’ Injustice: Gods Among Us. Experience a complex saga in story mode, or choose from one of 24 legendary DC characters, including Batman, Wonder Woman, and Superman and defeat all opponents either solo, online, or through local play for some old school, couch competition.

Break out your party pants because Fuzion Frenzy, an Xbox Original and one of the greatest party games ever to grace the platform, is coming to Xbox Game Pass in January. Released on Xbox One in October through the Backward Compatibility program, Fuzion Frenzy delivers four-player action across more than 40 different mini-games. Choose from one of six characters and jump into Mini-Game Frenzy mode or take on Tournament mode and compete for the right to conquer each zone and reign supreme over your friends as the Fuzion Frenzy champion.

In November, we were thrilled to bring Metal Gear Solid V: The Phantom Pain to Xbox Game Pass. So many of our members have jumped in to play MGS V for the first time, and many others took the opportunity to revisit the incredible experience of that game. Now, we’re giving members a chance to learn more about what led to The Phantom Pain’s storyline with the addition of Metal Gear Solid V: Ground Zeroes. Set in 1975, just after the conclusion of Metal Gear Solid: Peace Walker, you resume the role of Snake and are tasked with rescuing two key hostages from Camp Omega.

Seattle, 1986. You are Randall Wayne, zombie apocalypse survivor and a man on a mission to find his family. This is the gritty plot behind Deadlight: Director’s Cut, Tequila Works’ incredibly engaging cinematic survival platformer. Zombies are known as Shadows in Deadlight, and it’s up to you to guide Randall through the infested streets of Seattle. The Shadows can be defeated, but combat comes with a great risk of death in Deadlight, so be cautious in deciding when you taunt them into battle. Collect hidden items as you move through the story and learn more about Randall, his family, and the tragedy that has befallen this apocalyptic purgatory.

Do you ever get the urge to stroll through a beautiful zoo, taking in stunning creatures hailing from all over the globe? If so, you’re in luck, because the recently re-released Zoo Tycoon Ultimate Animal Collection is about to land in Xbox Game Pass. Fully remastered in 4K with HDR support, Zoo Tycoon has added a host of new animals from Australia and South America. Rooted in the same spirit as the original Zoo Tycoon from 2001, there’s never been a better time to enjoy the rich visuals and variety of activities Zoo Tycoon Ultimate Animal Collection has to offer.

Racing fans, we’ve got something great coming to Xbox Game Pass for you this month as well! WRC 5: World Rally Championship, a thrilling rally racing game featuring over 50 officially licensed teams and drivers, also comes to Xbox Game Pass this January. With stages from 13 different countries, WRC 5 is a deep experience that offers a ton of challenge while remaining very accessible and fun for the more casual rally racers among us. Jump in the driver’s seat and kick up some mud as you begin your own rally racing dynasty!

Finally, we are pumped to add Tecmo Bowl Throwback to Xbox Game Pass in January. Throwback stays true to its roots, with the same exciting, top-down arcade experience as Tecmo Super Bowl, arguably the greatest arcade football game of all time. Throwback rosters are fully customizable so you’re just a little elbow grease away from building out your favorite pro, college, or dream football team.

So, you get a month of access to over 100 games for almost free, and get to feel good about helping out sick kids as part of the bargain? This might be the best video game deal of the year. You can sign up for Xbox Game Pass right here.