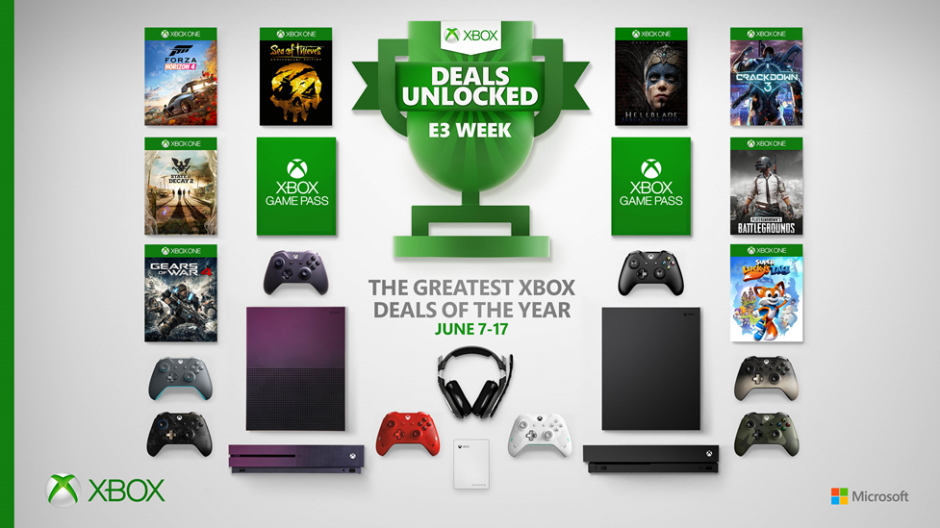 Ahead of next week’s Xbox E3 2019 event, Microsoft has announced some interesting deals on consoles, games and accessories.

Other deals include a $10 discount on black, white, special edition and limited-edition Xbox Wireless Controllers. Controllers created using Microsoft's Xbox Design Lab start at $64.99 for a limited time only.

According to Microsoft, players can also expect discounts up to 75% on select games, including including discounts on newly released titles such as Mortal Kombat 11, Sekiro: Shadows Die Twice, and Tom Clancy’s The Division 2.