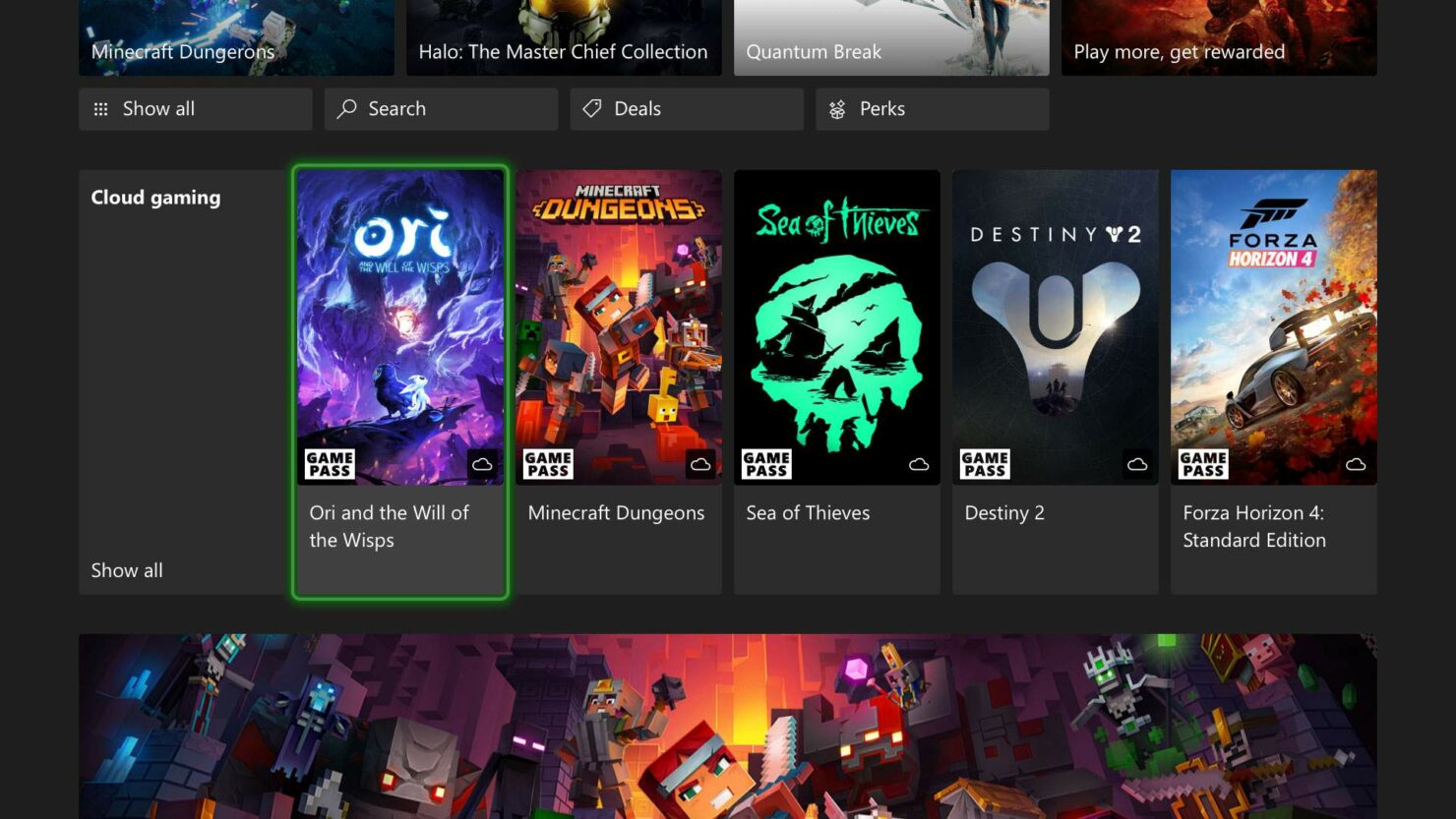 Xbox's Cloud Gaming service is coming for Xbox users during this year's holiday season. Microsoft made this announcement during their Gamescom stream. Testing for the platform will take place in autumn. "It’s a way for console gamers to play some of their favorite games as quickly as possible, jump into games with friends more easily, and try out Xbox Game Pass titles before installing them,” Microsoft said.

Speaking of the Xbox Game Pass, bearers of the Ultimate version will have access to 100+ games right from the cloud. Thus, they'll be able to discover a large assortment of games that'll be always ready to play through the power of cloud gaming. All you have to do is select the game and press play and you're pretty much set. Don't believe us? How about you see it in action via Microsoft's latest video trailer? You can watch it below:

With the ability to play games before you install, it’ll be easier than ever for Xbox Game Pass Ultimate members to:

As mentioned before, the testing for the platform will start as part of the Xbox Insider program this fall. Players who participate will be able to provide valuable feedback to improve the experience overall.

To ensure that players have the highest quality experience across the broadest set of devices. Microsoft will also enable support up to 1080p & 60 FPS. Pretty much like the Xbox Cloud Gaming service beta across PCs, Phones, and Tablets.