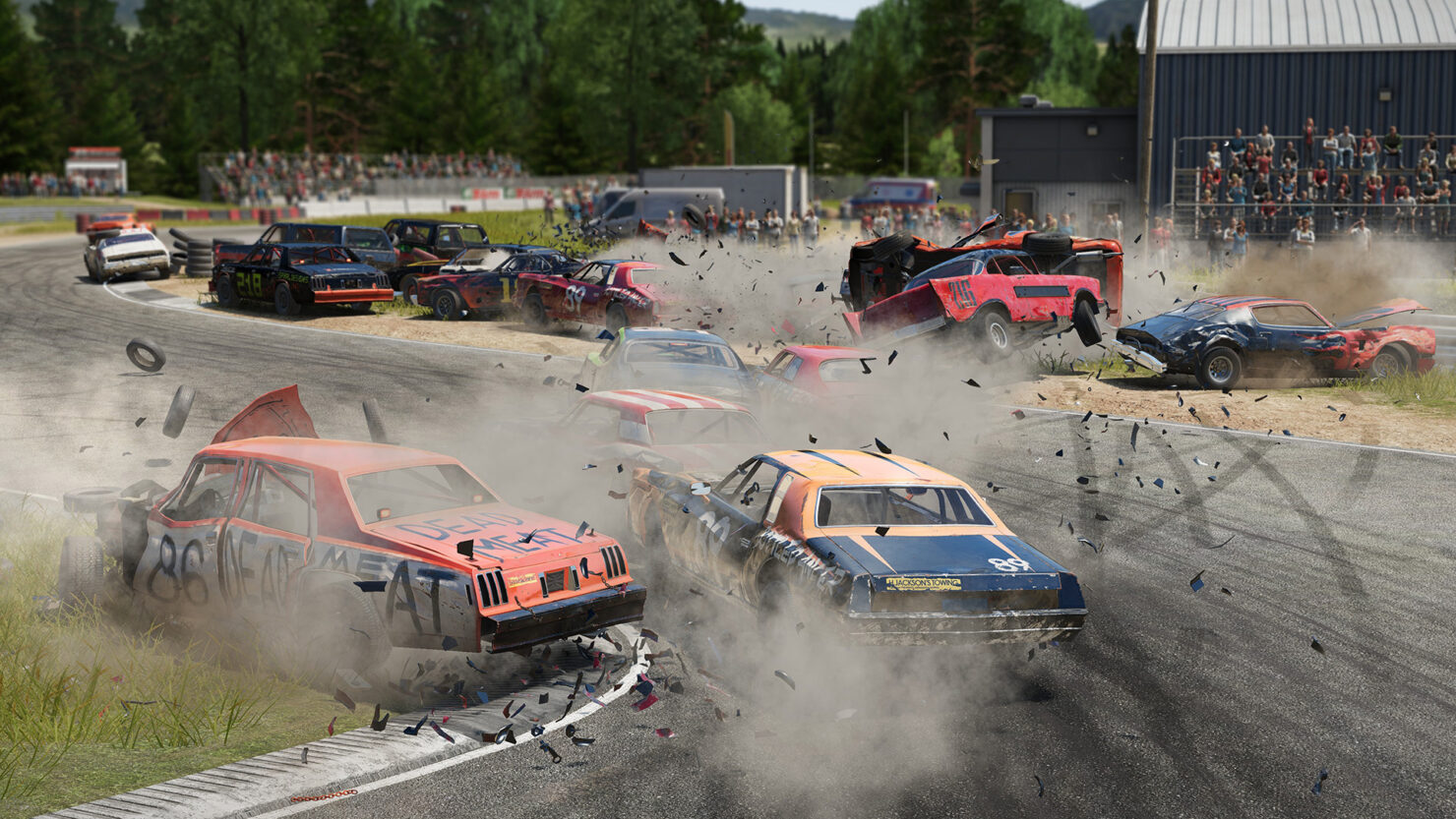 Wreckfest is a game that’s been out on Steam for a few years now. It’s a well-received demolition derby-themed racing game that has an 86% Very Positive review score on Steam. It’s had two season passes of content added, adding tons of new vehicles to the game, and has also seen release on PlayStation 4, PlayStation 5, Stadia, Xbox One, and Xbox Series.

That leaves one of the few remaining platforms without it, being the Nintendo Switch. Well, as of today, that will be changing, as Wreckfest has an official announced release date. THQ Nordic and developer Bugbear Entertainment will be releasing Wreckfest on June 21st, 2022 for Nintendo Switch. THQ Nordic also has a new trailer to go with this, and you can watch it below.

The game’s core features, aside from realistic demolition and lots of car customization, include big 16-player lobbies that will make the jump to Switch, as well as offline tournament modes. The game, unfortunately, will take a hit in the performance side of things as it will only run at 30 frames per second, likely due to the Nintendo Switch’s hardware limitations.

All of the game’s DLC released on other platforms will also be made available on Nintendo Switch, including both of the Season Passes. So, that's going to be a good deal for some players. To quote THQ Nordic, they describe the Season Passes as follows:

The game also has a price tag attached to it as part of this release, starting at $39.99 USD. Wreckfest is available now on PlayStation 4, PlayStation 5, Xbox Series, Xbox One, PC via Steam, and Google Stadia. The title will release on June 21st, 2022 for Nintendo Switch.