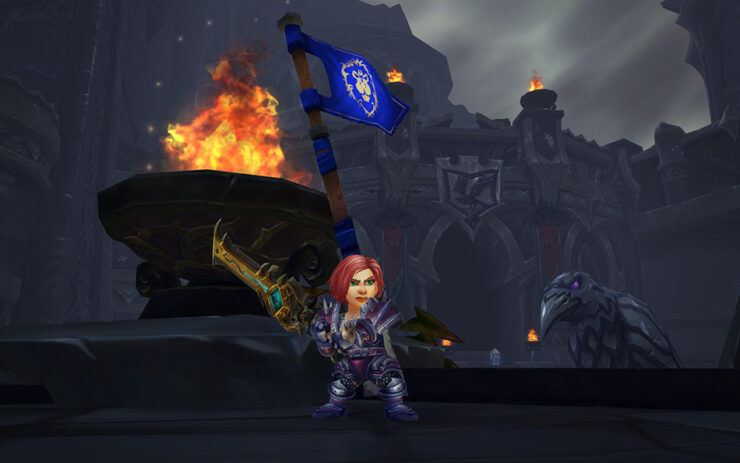 Blizzard will be making some changes to PvP tuning for the recently released Legion patch 7.1. Changes include minor buffs to Demon Hunters and Warriors.

World of Warcraft: Legion patch 7.1 was officially deployed last week after being live on the PTR for several weeks. The patch already featured several PVP adjustments, but since Legion’s release, Blizzard has identified several  additional balance changes they would like to make. Some of the changes below are still being tested as we speak, but Blizzard aims to deploy all changes via scheduled weekly maintenance.

(Frost) Strength in PvP has been reduced by 10%.

(Unholy) Apocalypse damage is no longer reduced in PvP (was reduced by 75%).

Developer Notes: Frost Death Knights have recently received a number of bug fixes and class tuning adjustments that have pushed their damage out of line in PvP. For Unholy, Apocalypse’s damage was reduced during beta due to its burst potential, but due to other changes, we no longer feel that reduction is necessary.

Developer Notes: As players have become more accustomed to Demon Hunters and how to counter them, we feel their damage and general survivability has ended up a little low, so we’re giving them a little tuning to help them compete.

(Survival) Stamina has been increased by 15%.

Developer Notes: As a melee DPS, Survival Hunters have been a bit too squishy in PvP, so we’re increasing their Stamina.

(Frost) Intellect has been reduced by 10%

Developer Notes: Frost Mages recently received some damage increases that we feel need to be counter-tuned in PvP.

(Windwalker) Agility has been reduced by 10%.

(Windwalker) Serenity now increases damage by 25% with the Spiritual Focus artifact trait (was +30%).

Developer Notes: Windwalkers are able to maintain an extremely high uptime against their targets in PvP, and their raw damage capability was just too high for a spec that’s so difficult to get away from.

Hamstring damage has been increased considerably, and now lasts for 12 seconds in PvP.

(Arms) Strength and Stamina increased by 10%.

(Fury) Strength and Stamina increased by 10%.

Developer Notes: Patch 7.1 put Hamstring back on the global cooldown, and while we still feel that that’s the correct choice for that ability, we understand that this change had a major impact on PvP Warriors’ damage rotation, as well as Hamstring’s overall uptime. To compensate, we’ve increased Hamstring’s duration so that it needs to be applied less frequently, and massively increased its damage to help make it feel worthwhile to use. Additionally, we felt that Warriors weren't feeling quite tough enough in PvP, so we’ve increased Strength and Stamina for Arms and Fury.

(Destruction) Entrenched in Flame duration reduced to 3 seconds (was 4 seconds).

Developer Notes: 7.1 introduced some new talents to Destruction Warlocks to increase their control and incentivize the use of cast time spells like Chaos Bolt. These talents were overtuned initially, but we want to keep Chaos Bolt as the best damage value for a Soul Shard.

Legion patch 7.1 introduces lots of new group and solo content for World of Warcraft, including the new Karazhan dungeon and the upcoming Trial of Valor Raid.