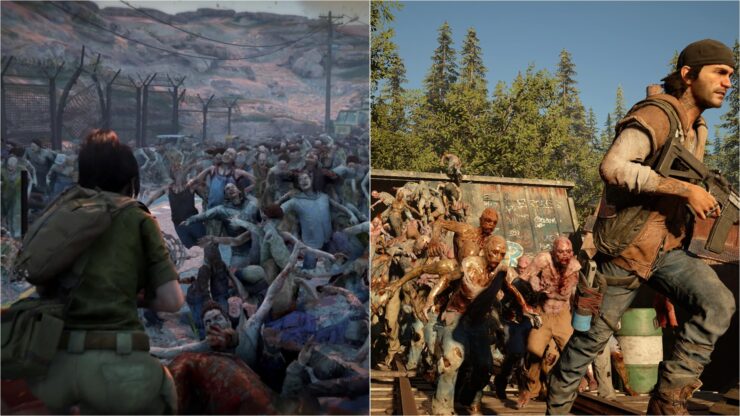 World War Z, the first video game adaptation of the renown novel and movie franchise, is in development at Saber Interactive for PC, PlayStation 4 and Xbox One where it will launch next year.

Talking to GamesBeat, Saber CEO Matthew Karch revealed that he went to Sony and proposed to create a multiplayer mode for Days Gone, another game (due on April 26th, 2019 exclusively on PlayStation 4) that heavily features zombie swarms in its gameplay systems. However, Sony refused.

Days Gone, it’s a single-player experience. At some point, I went to Sony and said, “I’ve seen what you’re doing with Days Gone. Look what we’re doing with World War Z. Maybe we can help you with a multiplayer component.” But they were obviously too focused, and understandably, on what they needed to do to get that game out.

We were already under development when we heard about it. Of course we took a deep sigh, when you know Sony is going to be putting major marketing dollars behind a title that’s highlighting the swarms the way they were. It took a little wind out of our sails. But since then they’ve focused less on those swarm elements and more, I think, on the story aspect of their game. I don’t know if we’re in the clear, is the way to put it, but there’s a market for both games, what we’re both doing.

I hope that game does well. It looks fun to me. The other thing about Days Gone, people keep talking about it, but let’s not forget it’s only going to be on the PlayStation. We’re going to be on Xbox, PlayStation, and PC, and we’re multiplayer-focused. I think we complement each other well. I haven’t played their game, so I can’t tell you what it’s like, but I’ll play it when I get the chance.

As to World War Z, Matthew Karch pointed out that the co-op focused game is almost at the finish line and a beta should be out before long.

We’re wrapping up. We’re going into polish mode. Obviously, we’re going to try to get a beta out the door so we can get a small number of people playing and make sure the network code is as solid as we hope it is. We’re going to continue to iterate and develop until the day we ship. That’s the way games are made now. You put a version in a box and then you keep working, so you have that day one title update to make the game as perfect as it can be. But you need that lead time.

The team is super excited about it. Internally at Saber I’ve been fighting to be on this project because everyone can smell a winner, I think. Everyone wants to be part of it. It’s fun to play. We have a big enough studio to have tons of internal play sessions and people are really enjoying it.

Days Gone on PS5 Can be Played in Dynamic 4K at up to 60fps, Saves Will Transfer