The latest Free To Play title from the developer and publisher 'Wargaming' has now begun it's Closed Beta. Wargaming is known for their titles such as World of Tanks, World of Warplanes and the upcoming World of Warships, and now it appears they have decided to try their hand (no pun intended) at Collectible Card Games (CCG). Players who have signed up to try out this F2P CCG can now test their wits. They will get to grips with World of Tanks Generals’ mechanics and "offer feedback to the developers in order to improve the experience." 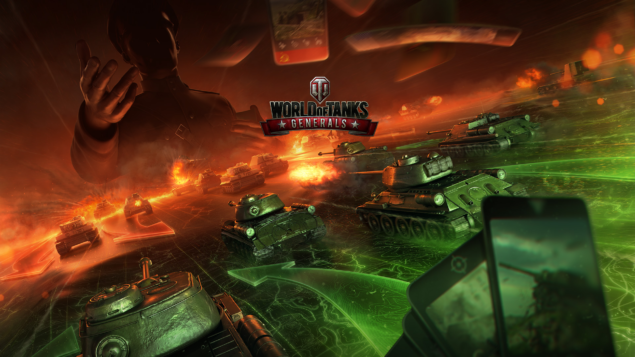 World of Tanks Generals is a turn-based CCG featuring World War II hardware, much like in Wargamings other "world of" titles, you will have access to different kinds of vehicles such as tanks and artillery from the World War II era. The cards themselves appear to be split between three factions (Germany, USA and USSR) and include cards such as artillery, squads, tanks and orders, as well as special bonus cards that may grant extra firepower or defenses. Here's hoping those "special bonus cards" are not how they intend to monetize the game.

"With numerous cards available, each battle turns into an intense combination of sudden strikes, massive onslaughts and cunning tactical trickery in highly dynamic 1-on-1 online combat, Based on your own unique playing style, construct a deck from over 200 unique cards and crush your enemies."

World of Tanks Generals will be available through web browsers, with versions for Android and iOS arriving in the future. Players can test the PvP mode and PvE training battles, master the game’s basics, build a number of decks, refine their strategy and unlock cards to suit their play style. The game will also utilize the unified "Wargaming.net ID" that provides instant access to other Wargaming titles, including World of Tanks, World of Tanks Blitz, World of Warplanes and World of Warships. Meaning that when the Android and iOS versions do arrive, you can play on any device and progress will be saved to your account across all platforms.

I can only guess that Wargaming realized that Hearthstone was doing extremely well for itself and they wanted to experiment, when all is said and done if they actually use decent monetization then it might do almost as well as hearthstone has done, we shall see.

You can sign up for the beta over Here for NA, and Here for EU