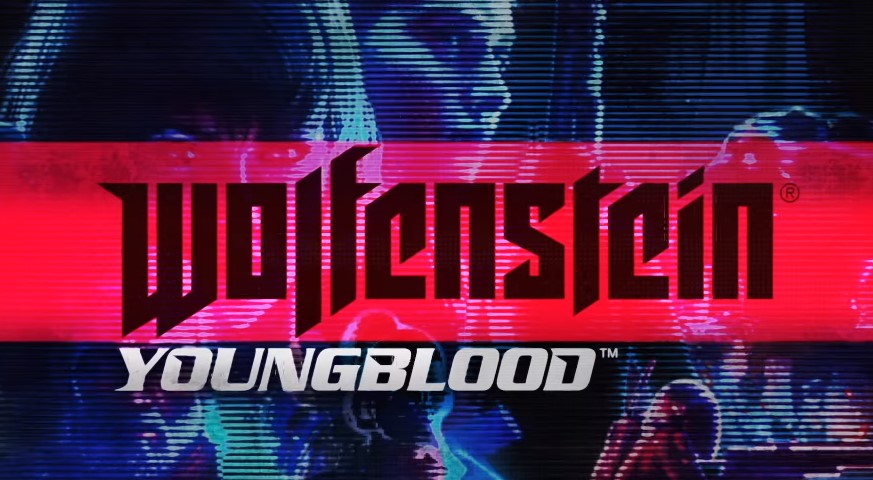 Published by Bethesda but developed by Machinegun Games and Arkane Studios Wolfenstein: Youngblood sees us return to the alternate past and assuming the roles of B.J. Blazkowicz's two daughters, well one at a time along with co-op play.  This time we're looking at a 100% Vulkan powered game on the id Tech 6 engine that has been gaining popularity since it was able to let the DOOM 2016 title soar in framerates thanks to its post-launch Vulkan patch.  That continued with the launch of Wolfenstein: The New Colossus but with additional features that added to the load but was still able to deliver great performance across the board.

This latest addition to the Wolfenstein saga will be supporting ray tracing at some point at a later date as they're still working on the feature. We'll be revisiting the game when that becomes available to see how the game handles, since the performance of this game already should lend it to be a great candidate for multiple RTX features to be shown off.

Testing Wolfenstein: Youngblood itself presents a problem, since the game has no built-in benchmarking tool, an easy issue to overcome, but also has quite a few variable settings that we disabled most of.  The area that we tested took place immediately following the opening Zepplin mission just as you land on the shores of Riverside and follows a path directly to the first waypoint, passing many instances of multiple light sources, smoke, fog, and firefights as I was consistently shot at the entirety of the way.  The results were taken from an average of three runs through this path.  Settings were interesting as we changed to the Ultra Preset the commenced to disabling all but one of the 'variable' settings and that was ASYNC Compute.  I am personally not a fan of settings that don't have at least an ON and OFF along with variable as it makes it difficult to nail down performance variables. We also limited the Lightmap aniso filter to x4 as the Radeon cards were limited to that, but the GeForce cards would allow x8 to be selected.

We did test our latest pickup for the test suite here being the Radeon RX 5700, AMD's latest launch from the NAVI series featuring RDNA.  The Radeon 19.7.3 Driver may be the latest from AMD and claims an up to 13% performance improvement in Wolfenstein: Youngblood and we did use that driver for all Radeon cards except for the RX 5700 which was wildly unstable.  After multiple DDU and driver reinstall sessions, we were still met with near-instant crashes when running the game that would result in the screen blacking out and when it would recover the GPU core would be locked to the peak boost clock and running at 99% despite there being no actual load on the card.  I reached out to several other people who had access to Navi based cards and this title and they were able to replicate the issue showing that it was not isolated to my system.  In an effort to have the RX 5700 included in these results, we tested out the previous 19.7.2 drivers and found them to be perfectly stable, albeit with a recurring lighting artifact during the opening Zepplin mission had me worried the card might be in for a bad time.  So, if the RX 5700 performance seems odd or lower than you expected, this is why.

AMD has released Radeon 19.7.5 to specifically address stability issues regarding Navi and Woflenstein Youngblood.  I am currently out of town but when I get back I will revisit the RX 5700 with this driver.

Testing preset performance is a good way to see how the game scales by simply adjusting the presets rather than individual settings for a quick idea. While we did all our testing below you can see that this is a title that scales up greatly in performance as you drop the preset setting.

Wolfenstein: Youngblood has a very modest curve in FPS reduction as you move down the preset scale showing improvements as you reduce settings, not so much as it is concerning, but it does show the potential to boost a setup's performance just into the range you might be wanting without sacrificing too much eye candy.  Going past Ultra shows very little change and is why we chose that as the starting point for our testing.

While this test won’t tell just how many cores and threads the game can and will use, it does show how the game performs as you move up in cores and threads available.  These were tested at the 1080p settings that we tested the rest of the results while pairing the CPU with the RTX 2080 Ti Founders Edition.

In Wolfenstein: Youngblood we see a pretty consistent repeat with what we've been seeing in games recently. Scaling up to 6 cores is good, but past that point, there is only a little bit of an increase in the .1% lows showing they help smooth out impacts from the system itself.  This is a good showing of leveraging more modern multi-core processors despite what UserBenchmark might think.

In the end we see a fairly consistent story with id Tech 6 and how well it performs all the way up through UHD 4K resolutions.  There are a few caveats here this time around with the baseline requirement being pushed up in terms of VRAM, as you'll notice the RX 570 4GB suffers and the game even had a warning regarding running out of VRAM even at 1080p with the settings we used.  The average frame rate of the RX 570 shows that if you tweak the settings down a bit you'll be just fine playing the game at a variety of resolutions with that card.  Navi's stability is unfortunate, but appears to be isolated to the latest driver intended for that game. This is odd, but with others having stability issues in this game with their RX 5700 Series GPU, perhaps a new driver will release soon otherwise you're best off rolling back to Radeon 19.7.2 and potentially giving up a little performance for stability.

GeForce paints an interesting picture here as the Turing cards are simply walking away from the Pascal generation.  In our initial review of the RTX 2080 and RTX 2080 Ti, we mentioined that the advances in the design, specifically with the handling of Async Compute, would allow the Turing architecture to begin distancing itself as we move forward and if this game is anything to go by then DOOM Eternal should be a real treat for Turing owners.  It's just too bad that the ray tracing features weren't available at the time to test as there is a lot of wiggle room in the RTX cards to be able to take a framerate hit to deliver on some fresh effects.