The Witcher 3: Wild Hunt is less than two months away. The most anticipated game of the year, is finally upon us, and fans are eager to dive deep into its world and take control of Geralt of Rivia. CD Projekt RED has released three new screenshots and a game map to fuel our thirst even more. 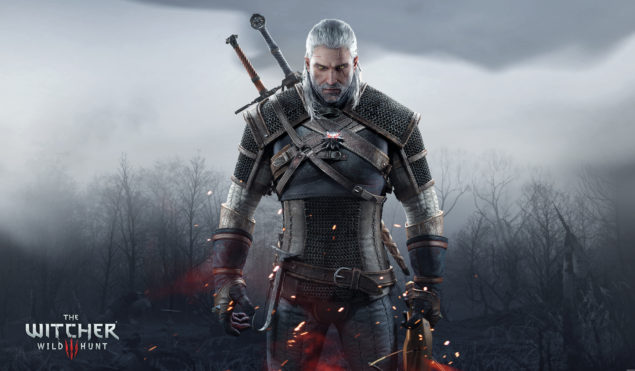 The new screenshots reveal incredible detail and quality, resembling hand painted artwork. Could this be the so far unseen PC Ultra settings? It could be, although CD Projekt RED did state that they would not show the Ultra settings, and leave that for PC users to witness when they play the game.

You can view the new screenshots and game map in the gallery below:

If these beautiful images do not represent the Ultra settings in the PC version, but rather the high settings, PC users should definitely look forward to something truly breathtaking.

The main characters of The Witcher 3: Wild Hunt

A witcher, a wandering solution in search of his next problem. A man who’s seen as many caves and trolls as he has kings, queens, and courts. Witchers are mutants, trained from early childhood for one task: to protect the peoples of the Continent from the innumerable foul creatures that inhabit it. There are several schools of witchers, represented by the different medallions their members wear around their necks. The wolf medallion Geralt bears warns him of impending danger or nearby magic by gently vibrating. In recent years the witcher caste has dwindled down to only a handful of active hunters; with so few of them left, the world is beginning to resemble the times before witchers came to be.

This young and very gifted sorceress, friend and lover of Geralt of Rivia, is one of the most important characters in the world of The Witcher. Much can be said about her life and adventures -- she was an advisor to king Foltest of Temeria, and member of the secret Lodge of the Sorceresses. When Geralt lost his memory and forgot about Yennefer of Vengerberg, she became his partner and companion. She was always very close to the witchers of Kaer Morhen -- especially the eldest of them, Vesemir. Triss took part in the defense of Kaer Morhen against Salamandra, and joined Geralt in the siege of La Valette castle. She’s a powerful sorceress specialized in healing magic, but she’s also known for her offensive spells, as well as powerful barriers.

The sorceress Yennefer of Vengerberg, a one-time member of the Lodge of Sorceresses, Geralt’s love, caregiver, and teacher. Without a doubt, one of the key female characters appearing in the witcher books and games. The witcher first met this raven-haired sorceress a good twenty five years back. Their friendship and the feelings between them were born of a common adventure involving a genie and a wish granted to Geralt that intertwined their fates inextricably. In the time since then their relationship had been quite stormy -- rich in ups and downs, crises and break-ups. One might say Geralt and Yennefer’s love gives irrefutable proof to the thesis that "opposites attract." A few years ago Geralt and Yennefer had, after a long separation full of adventures for them both, gotten back together again. Their moment of repose was interrupted by the Wild Hunt, which took Yennefer captive. The witcher set out at once to save her, but lost his memory while doing so. When he finally recovered it, he immediately returned to his quest to find his beloved sorceress.

In the sea of blood, the key to salvation lies in a single drop. Cirilla Fiona Ellen Riannon, the ashen-haired girl from the prophecy, and apprentice of Geralt of Rivia. Ciri is a young witcheress trained by Geralt in Kaer Morhen, or Wolf School, who possesses mystical powers key to understanding and stopping the Wild Hunt, the cavalcade of ghastly riders which pursues both her and Geralt. The twists of fate have separated and reunited Geralt and Ciri several times over the years and Geralt continues to search for the girl to this day.

Vesemir plays a key role in The Witcher 3: Wild Hunt. He is the oldest living witcher, the only one to survive the pogrom which decimated the Wolf School witchers a long time ago. No one knows exactly how old Vesemir is, but it is possible that he is older than the very stones of Kaer Morhen, the keep where witchers of the Wolf School were trained, among which he once served as a fencing instructor. His gray hair frames the creased, craggy face of an old man, leaving no doubt that he is a veteran witcher, one whose skill could still give a younger man a run for his money.