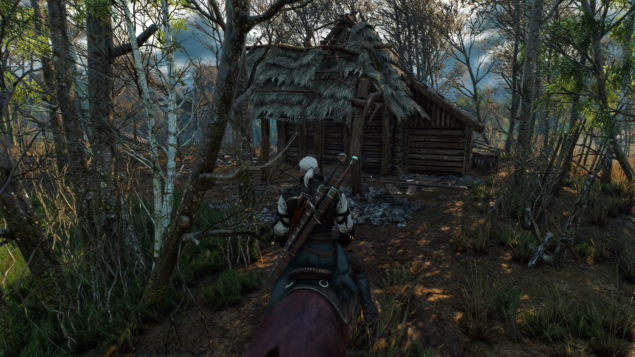 The achievements list reveals some very exciting tasks that indicate the immense number of quests available in the game:

Lilac and Gooseberries - 15g
Find Yennefer of Vengerberg.
A Friend in Need  - 15g
Find and free Dandelion.
Necromancer  - 15g
Help Yennefer extract information from Skjall’s body.
Family Counselor - 15g
Find the baron’s wife and daughter.
Something More  - 15g
Find Ciri.
Xenonaut -  15g
Visit Tir ná Lia and convince Ge’els to betray Eredin.
The King is Dead - 30g
Defeat Eredin.
Passed the Trial  - 15g
Finish the game on any difficulty.
Ran the Gauntlet - 30g
Finish the game on the “Blood and Broken Bones!” or “Death March!” difficulty levels.
Walked the Path  - 65g
Finish the game on the “Death March!” difficulty level.
Geralt: The Professional  - 15g
Complete all witcher contracts.
Kingmaker - 15g
Complete the subplot about choosing Skellige’s ruler.
Assassin of Kings - 15g
Take part in the assassination of King Radovid.
Friends With Benefits - 15g
Complete the subplot involving Keira Metz.
Full Crew  - 15g
Bring all possible allies to Kaer Morhen for the battle against the Hunt.
Dendrologist - 15g
Acquire all the Abilities in one tree.
The Enemy of My Enemy - 15g
Use the Axii Sign to force one opponent to kill another. Do this 20 times.
Humpty Dumpty  - 15g
Kill 10 opponents by knocking them off somewhere high with the Aard Sign.
Environmentally Unfriendly - 15g
Kill 50 opponents using the environment (e.g. swamp gas, insects or objects).
Kaer Morhen Trained  - 15g
Perform 10 effective counterattacks in a row without getting hit or parrying.
Can’t Touch This!  - 15g
Kill 5 foes in a fight without taking damage (except for Toxicity) and without using the Quen Sign.
That Is the Evilest Thing…  - 15g
Ignite the gas produced by a Dragon’s Dream bomb using a burning opponent. Do this 10 times.
Butcher of Blaviken  - 30g
Kill at least 5 opponents in under 10 seconds.
Triple Threat  - 15g
Kill 3 opponents in one fight using 3 different methods (swords, bombs, crossbow, Signs, etc.).
Brawler  - 30g
Defeat Olaf, the Skellige champion of unarmed combat.
Overkill  - 30g
Make an opponent suffer from bleeding, poisoning and burning simultaneously. Do this 10 times.
Master Marksman  - 15g
Kill 50 human and nonhuman opponents by striking them in the head with a crossbow bolt.
What Was That?  - 15g
Attack, counter, cast a Sign and throw a bomb (in any order) in under 4 seconds.
Globetrotter  - 15g
Discover 100 fast travel points.
Pest Control  - 30g
Destroy all monster nests in the Velen / Novigrad region, or in Skellige.
Card Collector  - 15g
Acquire all gwent cards available in the base version of the game.
Gwent Master  - 15g
Defeat Tybalt and win the gwent tournament held at the Passiflora.
Let’s Cook!  - 15g
Learn 12 potion formulae.
Bombardier  - 15g
Collect the formulae for 6 different bomb types.
Bookworm  - 15g
Read 30 books, journals or other documents.
Armed and Dangerous  - 30g
Find and equip all the elements of one set of witcher gear.
Power Overwhelming  - 15g
Have all possible Place of Power bonuses active at the same time.
Brawl Master  - 15g
Complete all fistfighting quests in Velen, Skellige and Novigrad.
Fast and Furious  - 15g
Win all the horse races in the game.
Munchkin  - 65g
Reach character development level 35.
Fire in the Hole  - 15g
Destroy 10 monster nests using bombs.
Fist of the South Star  - 15g
Defeat an opponent in a fistfight without taking any damage.
Geralt and Friends  - 15g
Win a round of gwent using only neutral cards.
All In  - 15g
Play three hero cards in one round of gwent and win the match.
Shrieker  - 15g
Complete the contract on the shrieker.
Fearless Vampire Slayer - 15g
Complete the contract on Sarasti.
Woodland Spirit  - 15g
Complete the contract on the Woodland Spirit.
Fiend or Foe?  - 15g
Complete the contract on Morvudd.
Ashes to Ashes  - 15g
Complete the contract on Therazane.
The Doppler Effect  - 15g
Resolve the doppler problem in Novigrad.
Even Odds  - 30g
Kill 2 monsters you have a contract on without using Signs, potions, mutagens, oils or bombs.
Mutant  - 15g
Fill all mutagen slots.

The Witcher 3: Wild Hunt is likely to be one of the most extraordinary gaming experiences of the year, and certainly a Game of the Year candidate.

CD Projekt RED's dedication to the gaming community is commendable, and they made sure to accommodate and address most of the requests of the fans, as well placing great value on feedback gathered from the community.

With the reveal of the full world map of The Witcher 3: Wild Hunt we can identify an absolutely massive world for players to traverse through, with a variety of monsters and creatures to encounter, and a variety of different environments making up one extraordinarily beautiful fantasy world.

The Witcher 3: Wild Hunt is set to release on may 19 2015 on the PlayStation 4, Xbox One and PC. We will bring you any news prior to its release as soon as it becomes available. Be sure to check out our previous coverage on The Witcher 3 for a lot more information on the game, here and here.