The Witcher 3: Wild Hunt – 2 ‘Massive’ Expansions Have Been Announced

With the release of The Witcher 3: Wild Hunt drawing ever so close, more and more news keep popping up. We have recently reported about IGN's coverage of the first 15 minutes of the game, as well as how the whole World-Map has finally been revealed. And oh boy do we have a special treat now, CD Projekt Red co-founder Marcin Iwiński has spoken to IGN and announced that two 'Massive' expansions will come out for The Witcher 3: Wild Hunt, and what's more is the fact that they will be like the good old expansions or add-on disks from the days of old. 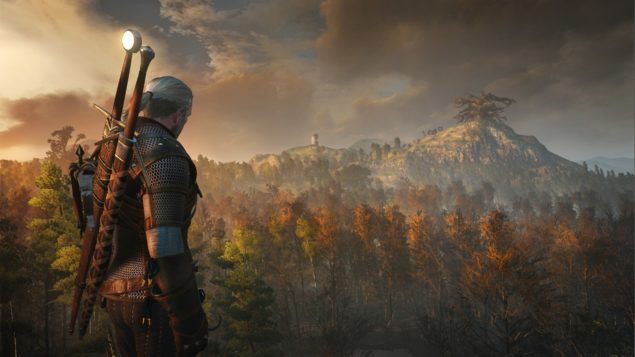 With the development cycle nearing an end for The Witcher 3: Wild Hunt, some of the development team have already been put to work on two pieces of big content for the game. Two expansions are already in the works. CD Projekt Red co-founder Marcin Iwiński spoke to IGN about the newly announced expansions.

The first expansion - Hearts of Stone, will be a "10-hour-plus adventure".

"The expansion will venture deep into The wilds of No Man's Land and the nooks and alleys of Oxenfurt where he'll [Geralt] try to complete a contract from the mysterious Man of Glass. Caught in a thick tangle of deceit, Geralt will need all his cunning and strength to solve the mystery and emerge unscathed."

The second expansion - Blood and Wine, will offer us a "20-hour-plus tale" and will take place in a completely new region known as 'Toussaint'. CD Projket Red described the land as "untainted by war, where an atmosphere of carefree indulgence and knightly ritual masks an ancient, bloody secret." Iwiński stated that the new area would look and feel very normal and cheerful, and possibly too normal during the day, but he hinted at there would be a big secret to uncover in the new area.

Iwiński also told IGN that these expansions are proper expansions, and not just some overpriced DLC, these two expansions are going to be like the expansions many of us remember growing up, the ones that added a lot of content to the main game, he even went so far as stating that the expansions themselves even offer more hours of gameplay than quite a few standalone games out there.

"With the development of Wild Hunt coming to an end, the team has embarked upon the creation of two new really big adventures set in The Witcher universe.

"We remember the time when add-on disks truly expanded games by delivering meaningful content. As gamers, we'd like to bring that back. We've said in the past that if we ever decide to release paid content, it will be vast in size and represent real value for money."

"Both our expansions offer more hours of gameplay than quite a few standalone games out there."

The first expansion - Hearts of Stone, is expected to come out sometime in October if all goes to plan, and the second one - Blood and Wine, should come out sometime during the first quarter of 2016. The expansions are going to be available on all three platforms. This sounds pretty promising in all honesty, proper expansions nowadays are extremely rare, and here's hoping that the expansions receive a reasonable price-tag.