The Witcher 3: “Dark Difficulty” is What CD Projekt Red is Aiming For

Earlier, Electronic Arts' chief creative officer Richard Hilleman claimed that some of it's games are still too hard for players to play claiming that during an on-stage interview at the DICE Summit in Las Vegas "Our games are actually still too hard to learn, The average player probably spends two hours to learn how to play the most basic game." While some are claiming that games nowadays are too hard for the average or occasional player to play, CD Projekt Red simply won't decrease the difficulty level because of that. With the hallmarks and the legacy of a blockbuster game, Witcher 3 is a punishing game with increased difficulty level than the ordinary game. 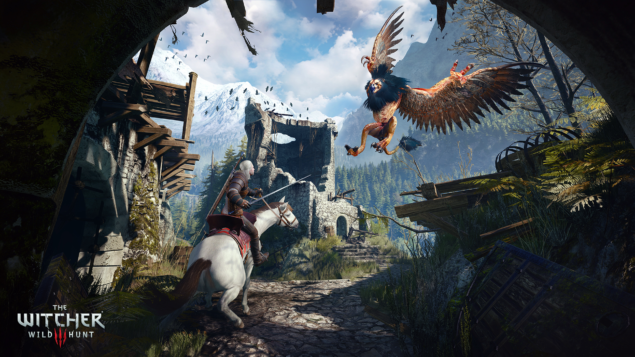 In an interview with VG24/7, Philipp Weber, the quest designer of Witcher 3 revealed that at the default 'Normal' difficulty, the game should be a challenge, adding that “Usually normal is easy, and easy is – well, you can be on your phone while playing.”. And it's not that CD Projekt Red doesn't want you to play the game, its just that it wants to separate the boys with the men of gaming, adding that "We want it to be easy to learn but hard to master."

Commenting on the gameplay of Witcher 3, Weber added that the game has stages to it where it is not that hard in the beginning so those new to the gameplay can learn easily but as the game progresses you get really challenged in all aspects. So it's basically a staged increase in difficulty level which is a good idea given that new people will be able to enjoy the game as much as the former fans.

He said, "Right in the beginning you will have that big screen [of stats], but you will not have that many options. I think you always know what different things you can do."

"It’s the same with the difficulty – there’s a nice curve. It gets more difficult the more you progress in the game, but also you will learn more and more things."

"I don't think we actually throw that much different stuff on you at the same time, so you'd have to read about it – it works pretty naturally."

And it did not end on that note, Weber just had to make the game all spooky at the end saying that the Witcher 3 team realised that dark gaming is fun when it is challenging and people are very passionate about games that keep them on the edge of their seats, saying that “Dark difficulty is something that many people in the company are very passionate about, Because they want a real challenge. If you die five minutes before the ending, it’s over. There are actually people who have already done it,” he added.

The Witcher 3: Wild Hunt is a game designed especially for the above-average and the hardcore gamer. So, don't expect it to be another dark game which isn't actually quite that dark. CD Projekt Red will make sure you die several times before you learn the mechanics and the gameplay for it's upcoming Witcher 3.