Windows 11 Has Been Ported to Nokia Lumia 950 XL 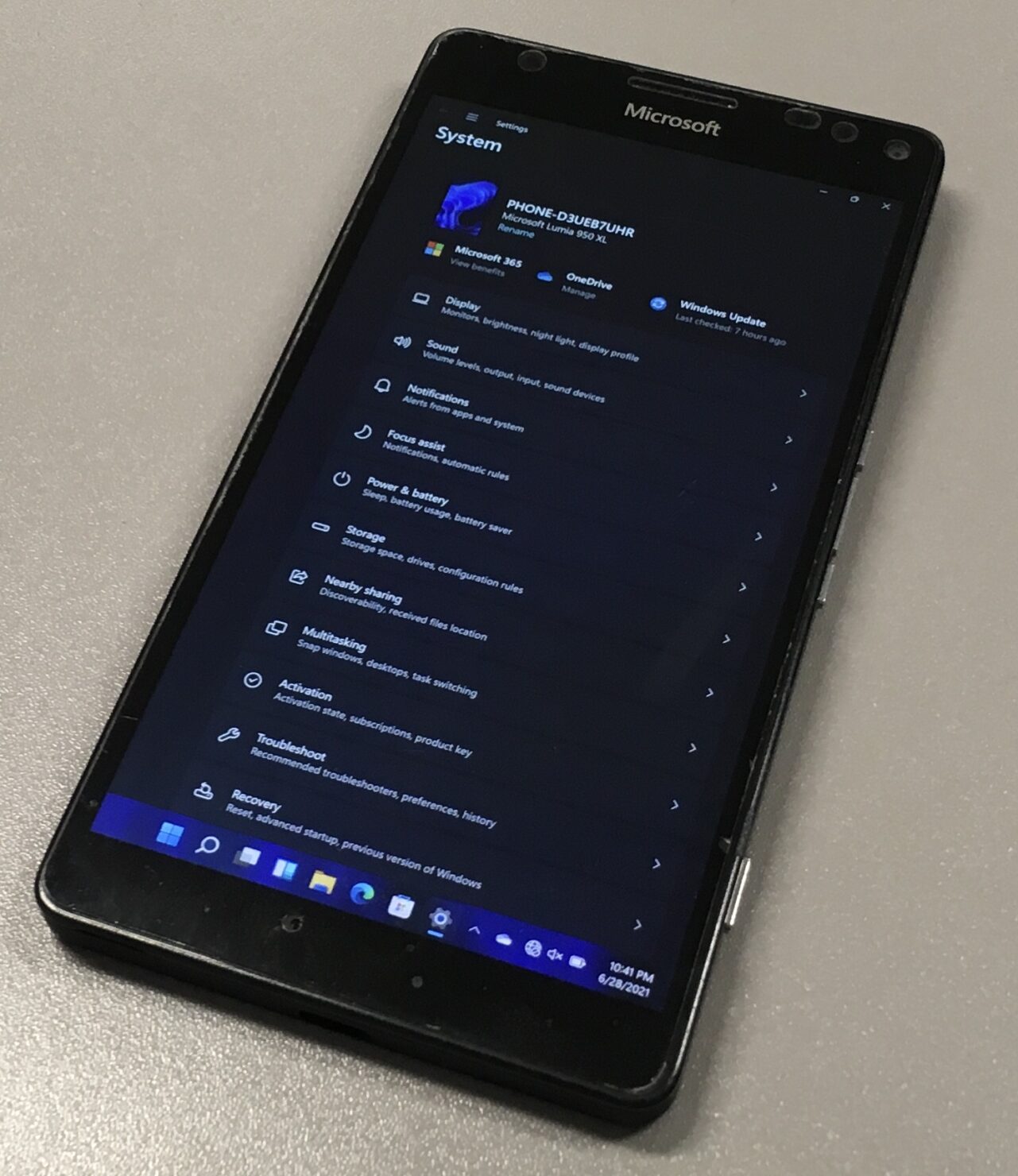 Windows 11 went official last week, and Microsoft has finally started to allow users to download a preview version of the operating system available in both x64 and Arm flavors. Earlier today, a tinkerer decided to try out whether Windows 11 would run on a mobile device or not. Well, he has managed to boot up Windows 11 Arm on Microsoft's last flagship Windows Phone.

Your Lumia 950 XL Can Run Windows 11, Provided You Still Have the Phone in Hand

You can check the screenshots below as well.

If you go through the video, you will notice how the Lumia 950 XL's Snapdragon 810 is struggling to keep up, and there is a delay when double-tapping the screen, launching the file explorer, hitting the start menu, and doing other tasks. The video also showcases how the screen rotation happens to be very buggy at the moment. However, the UI looks great on the smartphone, and we also do get a look at how features such as Snap Layouts work on a smaller screen.

Windows 11 preview builds are not supporting Android apps at the moment, but this raises a question as to how the Lumia 950 XL will handle the Android apps when the feature is finally available on Windows 11.

This is not the first time we have seen a device running a different OS. For those who don't remember, the legendary HTC HD2 was renowned for running many operating systems along with Android. It would be interesting to see whether we see the latest version of Windows running with greater stability on Lumia 950 XL. I honestly do not even know anyone who still owns the device.