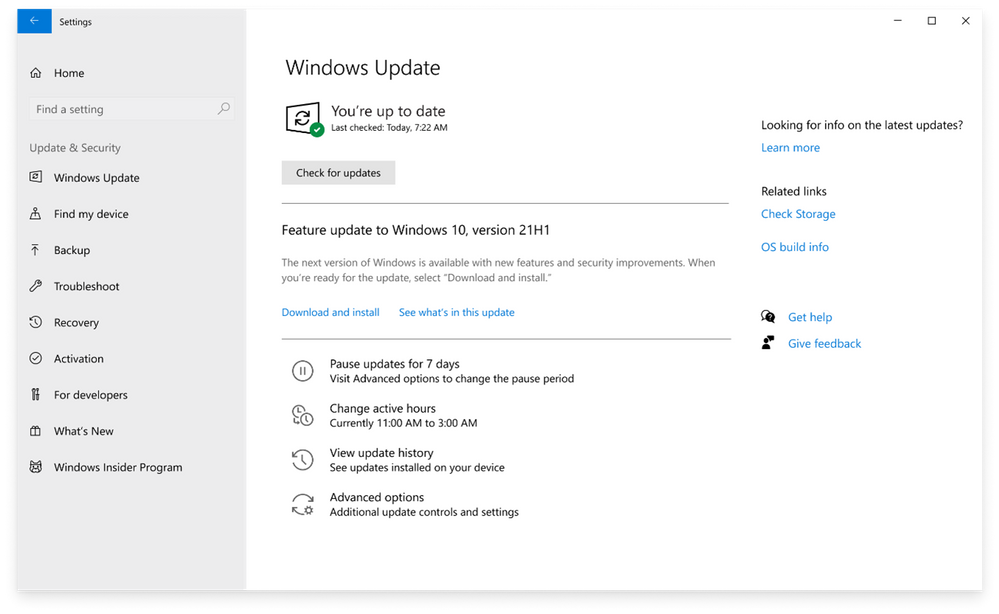 Microsoft has made its upcoming Windows 10 version 21H1 available for commercial customers for them to "start exploring and validating features" prior to its release for the general public.

The new version of the desktop operating system is available through Windows Update, Windows Server Update Services (WSUS), and Azure Marketplace. It is also available through ISO files for commercial customers. As for who can download this update, Microsoft writes:

We consider a device a commercial device if it is not running the Home edition of Windows 10, is being managed by an IT administrator (whether via Microsoft Endpoint Manager or a third-party MDM tool), or if the device has a volume license key, a CommercialID, or is joined to a domain.

Windows 10 version 21H1 is yet another minor feature update

The new operating system version is the first H1 feature update that is being released like a cumulative update. Microsoft is expected to deliver bigger features through version 21H2. Windows 10 21H1 also shares a common core operating system with last year's versions 2004 and 20H2 (currently the most latest public release).

"New features are included in monthly quality updates for version 2004 in an inactive and dormant state," the Windows maker explains.

These new 21H1 features remain dormant until they are turned on through the “enablement package,” a small, quick-to-install “master switch” that activates the Windows 10, version 21H1 features.

For commercial clients, you can use WSUS to either take a full feature update to 21H1 or test the enablement package if your devices are running versions 2004 or 20H2. Microsoft reminded its customers to "first ensure that you have synced the 'Windows Insider Preview' category." 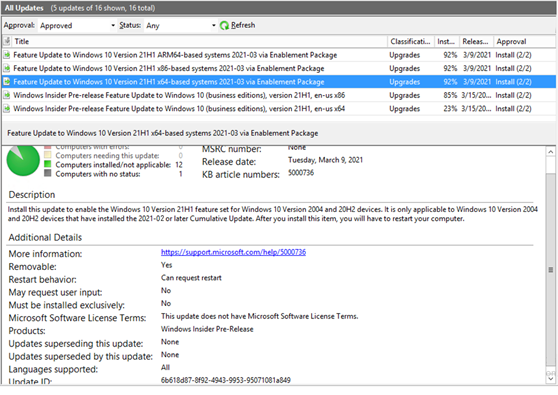 If you are a commercial client, you can head over to this TechCommunity blog post for further details about testing the new Windows 10 version 21H1.