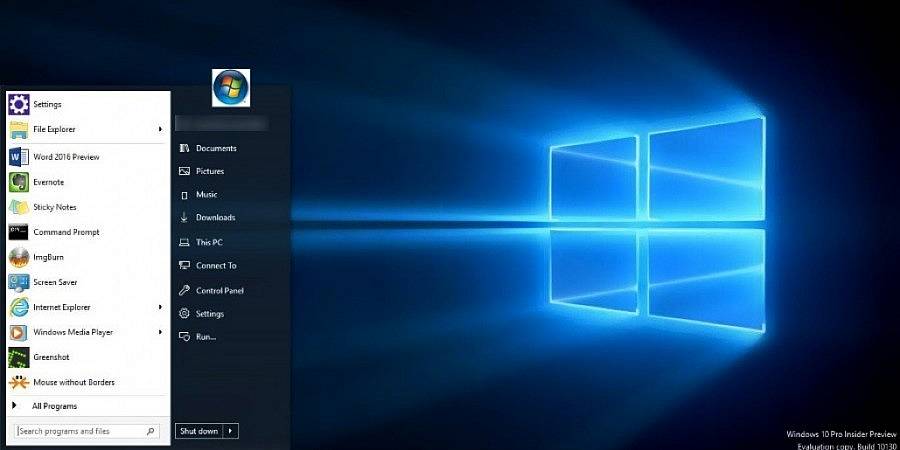 In the latest Windows 10 RS2 build 14942 sent to PC Insiders on the Fast ring, Microsoft added a new functionality that now allows you to hide the app list in the Start menu. The company has said that this is one of the top feature requests from Windows Insiders. The latest change allows the Windows 10 Start menu to look slightly like the Windows 7 Start menu, something that has always remained a favorite of Windows users.

Trying to further improve the user experience, the latest Windows 10 RS2 PC build brought in a number of new feature improvements, including updates to Photos and Phone apps. The most highlighted improvement, however, is the ability to hide Start menu apps. "We are releasing a new feature that enables you to collapse the app list in the Start menu. This has been a top feedback request from Windows Insiders," Dona Sarkar said last week.

While this doesn't make Windows 10 Start menu to suddenly start looking like the Windows 7 Start menu, as some have suggested, it does bring some familiarity to the design. Live tiles aren't going anywhere, but users do get an option to get a simpler interface and familiar design surroundings.

You can enable this new feature if you have installed the latest Windows 10 Redstone 2 PC build 14942. Once installed, go to Settings > Personalization > Start > Hide app list in Start menu.

Windows 10 Start menu remains one of the most-discussed parts of the latest desktop operating system. In the past year, we have seen a number of third-party applications that promise to bring back the "good old days of Windows 7 Start menu." When enabled from the Settings, the latest change gives a simpler look to the Start menu, looking somewhat like the Windows 7 Start menu. You still have the icons in the left bar, and the Search is of course separate, but it does offer some familiarity.

Coming back to the Insider previews, the company has slowed down a little with the new feature introductions since the release of Anniversary Update. We hope to see that changing soon, as we near the release of the next major system upgrade scheduled for Spring 2017.