Believe it or not, Windows 7 has proved to be the biggest rival of Windows 10, impeding its otherwise steady adoption rate. While Microsoft is committed to upgrade Windows 7 users to its latest operating system, it has proved to be harder for the company to do so even after its obnoxious marketing tactics. We may want to hate Microsoft for its overwhelming and almost scammy marketing strategy of Windows 10, the company has its own reasons. For one, it would want everyone to be on Windows 10 to avoid securing and maintaining earlier versions of the operating system. Whatever the reasons, it finally seems like Windows 7 users are moving toward to the latest Windows as the new stats for the month of December show. 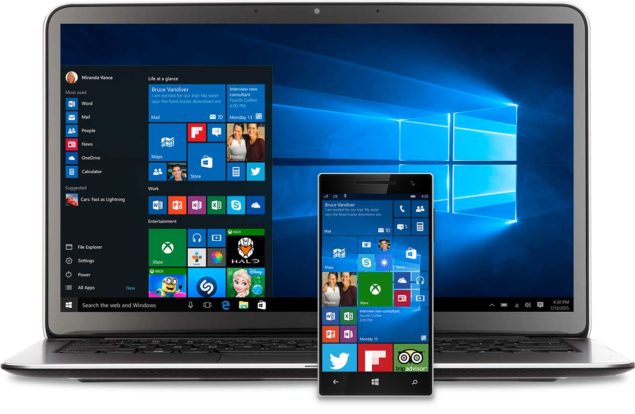 These new stats, which are figures from early December, show that Microsoft's annoying upgrade strategy is working as more users are coming on board the new operating system. Whether willingly or more because users are annoyed of the constant nagging of notifications, these new stats clearly show that Windows 7 has finally started to lose customers both in Europe and America.

Windows 7 had a market share of over 50 percent in the category of desktop operating systems, a share that wasn't affected after the launch and early adoption time of Windows 10. While the first few months may not have witnessed visible differences, the new data shows that Windows 7 has dropped to 44.18 percent. Windows 10, however, has gone up to 15.34 percent taking the second position on the chart. In North America, Windows 7 has lost even more, sitting at 41.6 percent with Mac OS X on the second place with 18.21 percent. 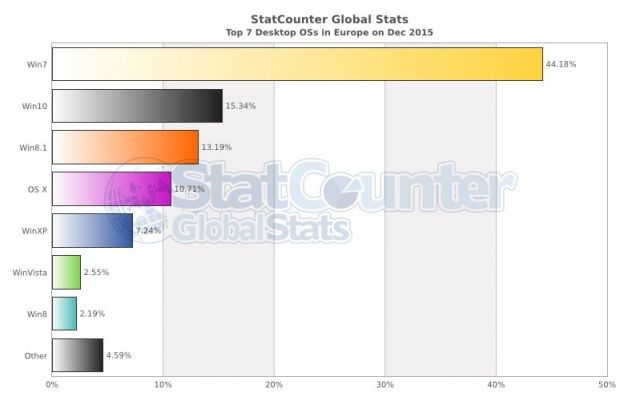 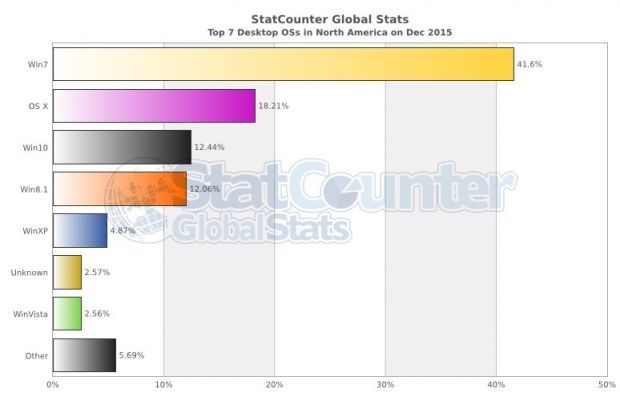 The difference between Windows 7 and Windows 10 is still huge, but things will change more rapidly as Windows 10 gets more polished and more importantly, as the gaming community adopts the new operating system. Windows 10 is set to receive its next stage of so-called Redstone updates starting early next year. The upcoming improvements will help Microsoft keep stirring the most loyal Windows 7 users who are still looking for more stability in the operating system to leave the trusted Windows 7 behind.