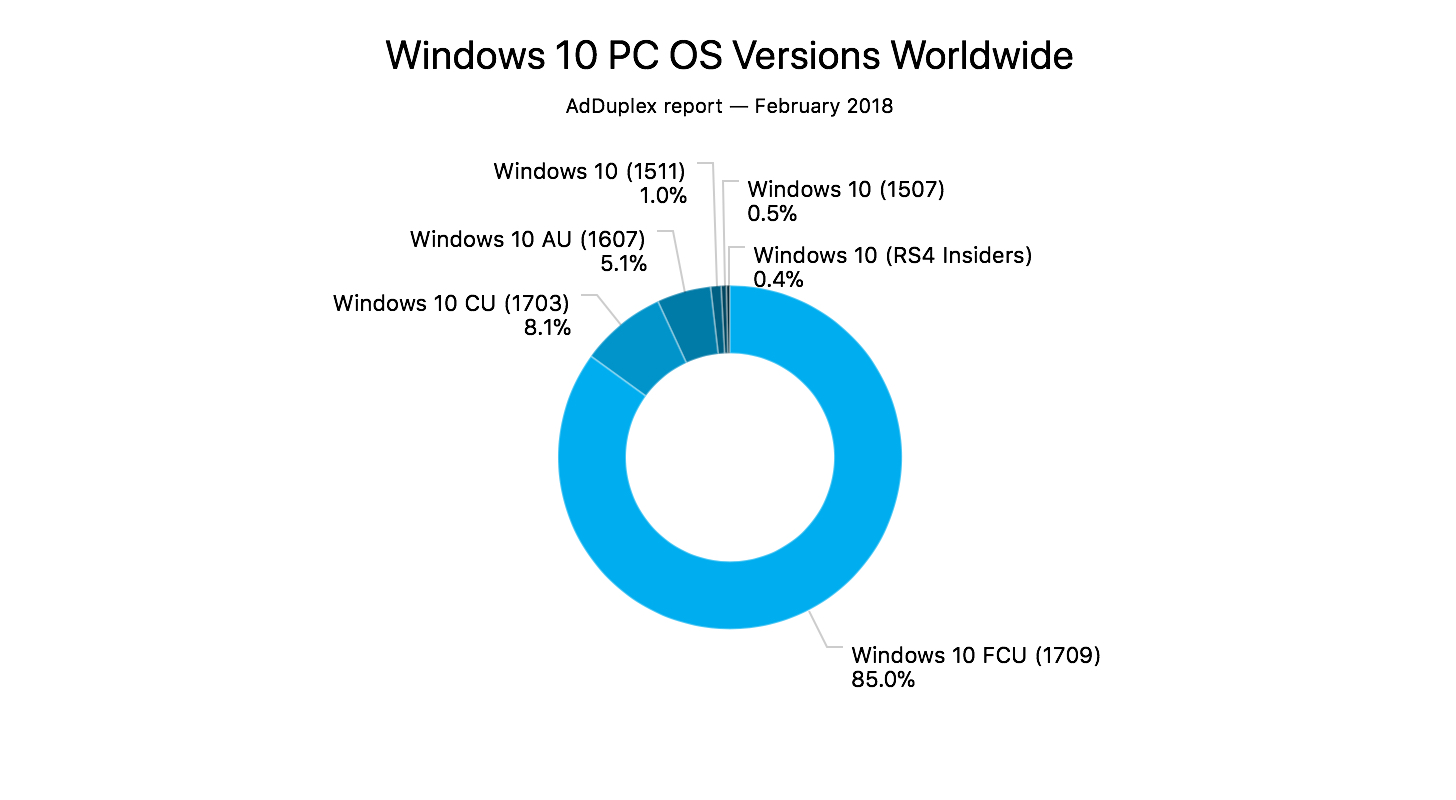 Windows 10 Fall Creators Update has been making quite some jumps lately. After a slow initial rollout, the update was offered to all the compatible Windows 10 machines and is now powering 85% of all PCs, the latest AdDuplex report suggests. Ahead of the next version of Windows 10 expected to be released in April, Windows 10 FCU jumped up by 30% two months ago, by 20% last month, and now has gained another 10% in its market share. Going forward, its growth rate is going to further slow down.

"The growth is obviously slowing down as the next update is imminent,” the company said.

As mentioned in our earlier coverage, this data isn't the most accurate since AdDuplex publishes it based on some 5,000 Microsoft Store apps that use the company's SDK. However, since we have no official numbers, reports from AdDuplex and NetMarketShare give us a look at how the latest Windows 10 versions are being received by the public when compared to previous versions.

Windows 10 FCU has reached 90% mark in some countries

The latest data also reveals that Canada, Germany, Latvia, Finland, and a few other countries are already over 90% when it comes to Windows 10 FCU adoption rate. India and China are still at 60% mark, however, overall Windows 10 FCU is at 85% mark globally.