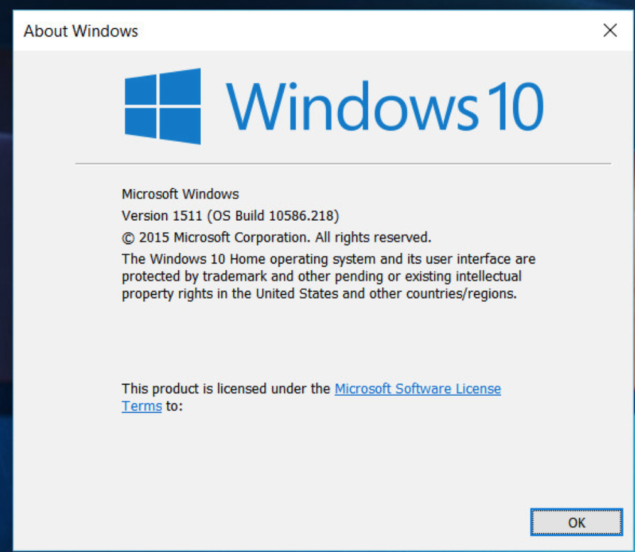 Along with pushing a new build to Windows 10 Mobile users, Microsoft has also started sending out monthly maintenance updates to Windows 10 desktop users, bringing them to Windows 10 build number 10586.218. Bringing the operating system up from 10586.165 to 10586.218, the latest update brings many improvements to the OS.

Following is the complete changelog of what this month's Patch Tuesday has brought in for the desktop operating system:

This update includes quality improvements and security fixes. No new operating system features are being introduced in this update. Key changes include:

Fixed issue with connectivity of USB devices until OS restart.

Improved discoverability of printers when a device resumes from sleep.

Fixed issue with audio playback using Groove music and other music apps on a phone.