We know quite a lot about Microsoft's next Windows update, Windows 10 that the company's expected to launch around the second half of this year. Windows 10 is expected to feature a host of upgrades which include a return to the Start Menu overhauled with metro styled apps, an all new browser and Microsoft's virtual assistant Cortana. Today we've managed to stumble across another feature that might be making an appearance on Microsoft's upcoming operating system, courtesy of a patent 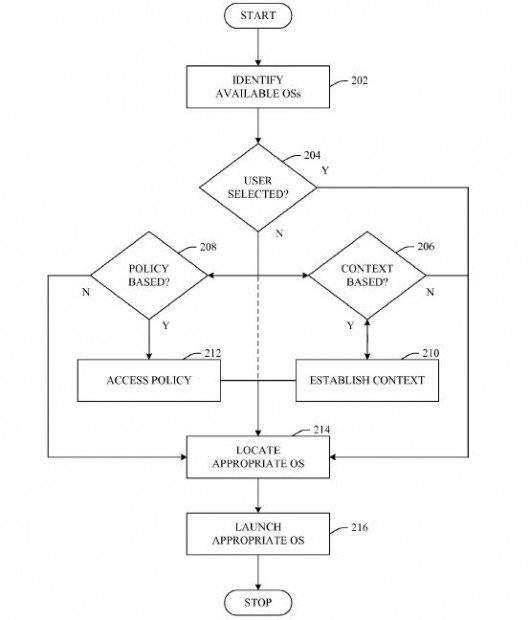 An interesting patent belonging to Microsoft released by the US Patents and Trademarks Office with the title "Multi-system startup mobile devices". According to the contents of this patent, users will be able to load their operating system in steps and stages. This will allow access to individual functions of the software including security features, mobile features and others. Given that Windows 10 is Microsoft's first true multi-platform operating system, its very likely that we could see Multi-Boot end up on it as well.

Furthermore, this will also allow specific portions of the operating system to be loaded as according to need. These can include need specific demands including security, environmental and more. Users will also be able to load similar 'types' of the operating system on different devices, which will further aid in need specific consumer operations, such as photography and mobile use. Microsoft's multi boot patent is an interesting development indeed, and if executed successfully alongside Windows 10 will allow the upgrade to further boost its credibility amongst users. The company seems to be taking the right approach with Windows 10 so far, and it seems to be a perfect combination of the old and the new. Things will become more clearer as Windows 10 is launched and we'll be here to keep you updated on all the details. Stay tuned and let us know what you think in the comments section.