Here is the complete changelog of Windows 10 Build 21318

Simply open clipboard history (WIN + V) and click the … button next to any text-based entry in your clipboard history – you will now see a “Paste as plain text” option alongside pin and delete! When you use this action in clipboard history, it pastes the text content of the clipboard without its original formatting (font, color, size etc.), allowing it to match the formatting of the destination document. 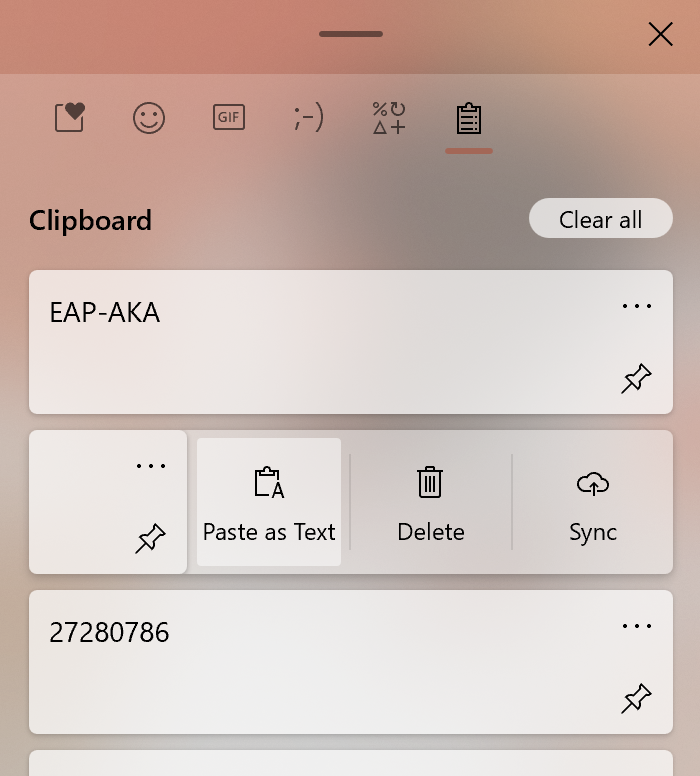 We look forward to you trying it! Please file any feedback you have for clipboard history under Input and Language > Clipboard (Copy and Paste) in the Feedback Hub.

This feature is rolling out to a subset of Insiders in the Dev Channel at first, to help us quickly identify issues that may impact performance and reliability. Rest assured they will be gradually rolled out to everyone in the Dev Channel.

Exploring an ink-first experience with Journal, a Microsoft Garage project

Earlier this week, we announced Journal, a Microsoft Garage project. Journal is an app for Windows that invites people who love to journal to pick up their digital pen, express themselves quickly, and evolve their ideas.

Of all the different methods of device interaction, digital ink is unique in the speed and degree of natural expression and in aiding memory. With Journal, disparate ideas can be connected, drawings can be sketched, annotations can be freely inserted, information can be located with search, and you can easily connect your ink across other apps to grow your best ideas.

Journal provides an ink-first solution that delivers new AI, intuitive gestures, and connected experiences for Microsoft 365 for work and school (subscription required, sold separately). It’s designed for people who thrive when writing out their ideas, notes, and sketches.

As we continue to fine-tune the app’s experiences through releases in the Garage, we’d love to hear what you think. We invite Windows Insiders with digital pens to install the app from the Microsoft Store and share feedback on new features and capabilities to help shape and grow ink capabilities for you.