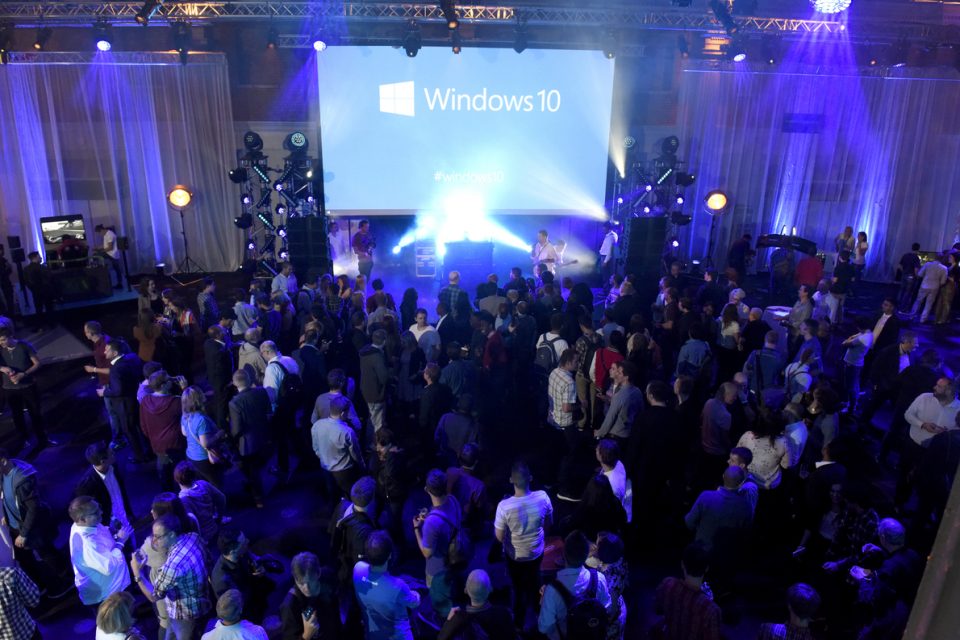 Windows 10 is running on over 900 million active devices, Yusuf Mehdi, who's the Corporate Vice President, Modern Life, Search & Devices Group at Microsoft, announced the new milestone today. Mehdi said that the company has managed to add more new Windows 10 devices in the last 12 months than ever before.

Earlier this year, in March, the Windows maker had announced that its latest operating system was running on over 800 million active devices. As we had said at the time, Windows 10 was set to gain more users in the coming months since its biggest competitor and predecessor, Windows 7, is going to stop receiving support from Microsoft in January 2020.

As Mehdi mentions, this is the fastest growth period that Windows 10 has experienced since its release in 2015. The last 100 million had taken the company almost a year. The 700 million mark was unofficially announced by Windows chief Terry Myerson in March 2018 with the official confirmation of 800 million devices coming earlier this year.

#Windows10 is on more than 900M devices! Thanks to our customers, we added more new Windows 10 devices in the last 12 months than ever before. From PCs to HoloLens to Xbox to Surface Hub, Windows continues to power innovation—with more to come next week! https://t.co/G3CRdkFoPT pic.twitter.com/38fKk50IEH

The Windows maker had an ambitious plan of reaching to 1 billion devices in two to three years after the launch of the operating system in July 2015. However, adoption rate started to fizzle after the first year as the free upgrade offer period ended. Windows 7 and 8.1 users continue to upgrade to W10 for free (here is how to upgrade), but the company no longer advertises this free plan and also officially maintains that the plan has expired.

As Windows 7 is meeting its end of service deadline in less than a few months, Microsoft is set to finally hit its goal of a billion devices running Windows 10 next year, in 2020.

In its "Microsoft by the Numbers" slideshow, the company says that it has "operated 100 percent carbon neutral around the world" since 2012, its digital assistant, Cortana, has been asked 18 billion questions, and that Microsoft analyzes over 6.5 trillion signals to identify emerging threats every single day.

- Earlier: how to upgrade Windows 7 ahead of its end of service deadline the free, official free way