Windows 10 1903, the most latest stable feature update, is finally getting some traction. Just two weeks until the next feature update drops, users are now moving to Windows 10 May 2019 Update in hordes. Latest stats suggest that version 1903 has managed to gain a whopping 11 percentage points to hit 56.6 percent usage.

This is clearly because of the end of support of Windows 10 April 2018 Update, the last trusted Windows 10 version. After that, the October 2018 Update completely disrupted the update process by introducing massive bugs and issues.

Even though Windows 10 May 2019 Update was way better than the O18U, users were understandably wary of this version. Then arrived the monthly cumulative updates, which started introducing small bugs to even this version. Now that everything has finally been sorted out and April 2018 Update's expiry date is almost here, users have started moving to the May 2019 Update.

Windows 10 April 2018 Update or version 1803 retires on November 12 for Home and Pro. The AdDuplex report confirms that "almost all of 11% gained by May 2019 Update come from A18U and not from the October 18 Update." The report added that with this bump, "we are now back to a familiar situation of the last two releases running on most of the PCs out there." 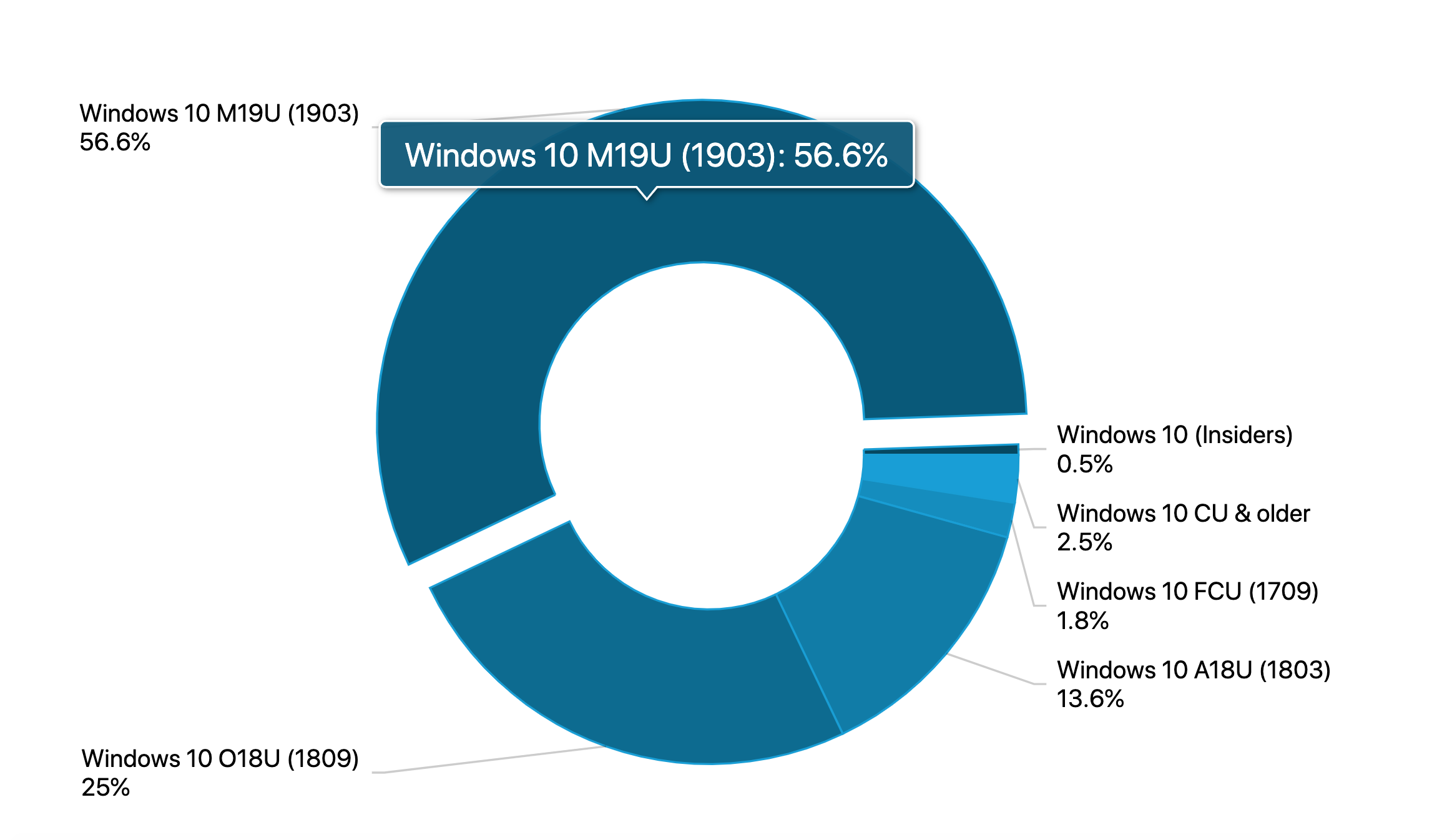 In the coming weeks, we will only see the adoption rate increasing. As noted earlier, this is the absolute best time to upgrade to Windows 10 1903 aka the May 2019 Update. Version 1903 is at its most stable state yet and you'd want to be on a supported version before the next feature update is released.

Even though Windows 10 November 2019 Update is going to be a smaller update, focusing entirely on performance improvements and bug fixes, there is no knowing if there would be any bugs coming with it too. To make sure you can wait for at least 6 weeks before installing the next version, follow these steps to upgrade to version 1903.

- Relevant: install version 1903 OR risk it all with version 1909 that you can get before public