Star Wars: The Force Awakens might have been the highest grossing movie of all times, but the toys and collectibles that came our way during the holiday season made the entire experience a little too exciting. Sphero's BB-8 became one of the most popular toys, winning people's hearts with its adorable antics. Wccftech readers are getting a chance today to win not only the remote-controlled robot, but a collection of the first six Star Wars movies on Blu-ray. 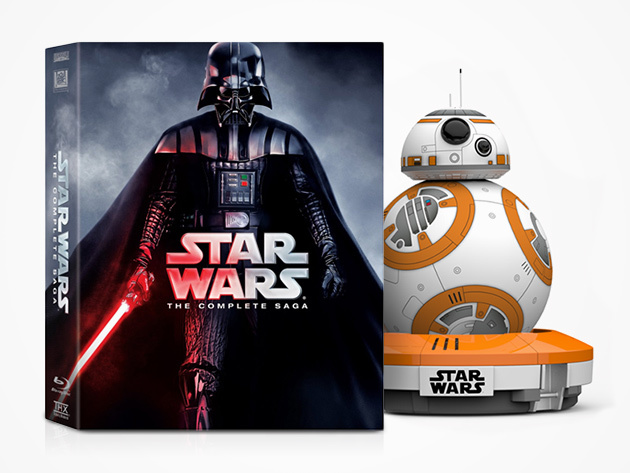 One lucky winner will receive Star Wars: The Complete Saga, a Blu-ray collection of the first six Star Wars films, and your very own BB-8 app-enabled droid to watch the movies with. Sphero BB-8 has an adaptive personality as it learns to interact with you. Every true fan needs an Astromech Droid by their side and BB-8 is as good as it gets. This authentic robot will explore, record, and even respond to your voice with its life-like personality. The more time it spends with you, the more he gets to learn about you becoming a companion. Talk to it, create responses and have mini adventures together - BB8 will become a fun little friend.

Interested in winning this geekaway? Head over to the contest page, sign up with a valid email address and that's it. Share the contest on social media sites for additional entries. Worth over $248, the ultimate Star Wars giveaway ends on February 24.