Elite: Dangerous really doesn't need an excuse to be played, if you're a space simulator fan, but now there is just one more reason to race around within the 100% to-scale procedural generated Milky Way galaxy. You have a chance to win a real NVIDIA GTX Titan Black within the game. 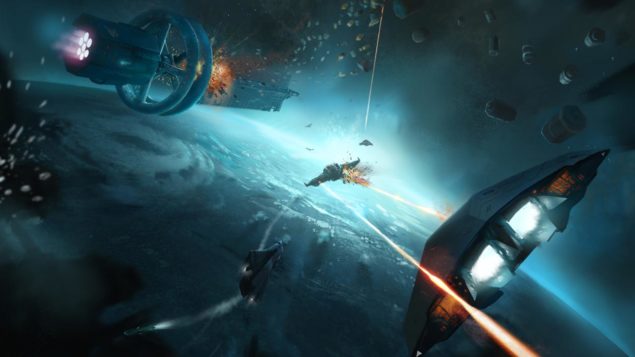 Frontier Developments is going to give away five of real Titan Black graphics cards if you can find and trade in-game Titan Black prototypes.

What an interesting promotion to have. The 68th Elite: Dangerous newsletter provides some details for the contest, letting you once again win something of real value for playing a game.

Apparently Frontier Developments rather enjoys the Titan Black as it used the card in their rigs at PAX and EGX to show off the latest features of their gorgeously rendered Elite: Dangerous. And now you can be one of five lucky winners of a real life Titan Black just for playing their game.

The goal is simple, find the mystery space station that they have placed within the to-scale Milky Way galaxy that has NVIDIA GeForce Titan Black Prototypes listed in their stock. Take the canister of prototypes and then proceed to sell them at the Godel Ring which is in the Ededleen system. Then write a real life email to community@frontier.co.uk with a subject line that details how lucky you were, and you'll have the chance of being picked as one of the five winners.

Important details from the Elite: Dangerous newsletter itself:

So get on with it then! The contest has been going on since 5PM GMT yesterday, but will run until the winners are announced, so you still have a chance to win a Titan Black.